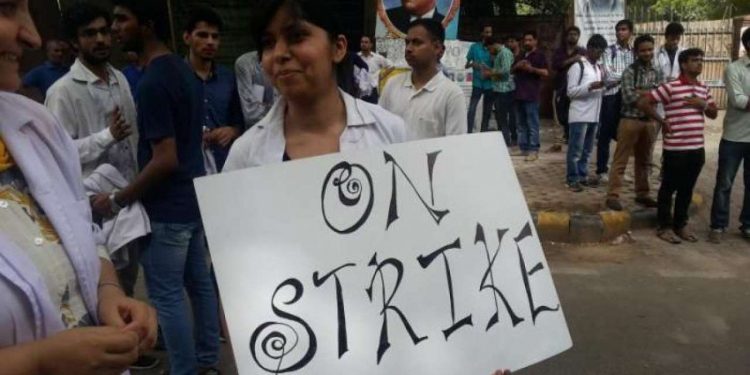 The Union Home Ministry has directed the states and the Union Territories (UTs) to take strict action against those who assault healthcare professionals.

The ministry on Saturday made it mandatory for the states and the UTs to take all centrally advised measures for the protection of the healthcare professionals on a “priority” basis.

Union Home Secretary Ajay Kumar Bhalla issued the new advisory citing similar orders issued by the ministry on April 27 and June 9 this year in connection with the security concerns relating to healthcare establishments and professionals.

Noting that it is imperative to take strict action against those who assault healthcare professionals in the present circumstances, Bhalla suggested the states and the UTs to register institutional FIRs against the assaulters and fast-track such cases.

Besides, the states and the UTs have been advised to invoke provisions of the Epidemic Diseases (Amendment) Act, 2020, wherever applicable.

The official further reiterated to keep a close watch on any objectionable content in social media which may exacerbate such situations.

“Concerted efforts should be made through posters in hospitals, social media to emphasise the valuable contributions being made by the doctors and other healthcare personnel in the fight against Covid-19,” he said.

Bhalla mentioned that any incident of threat or assault on doctors or healthcare professionals may dampen their morale and create a sense of insecurity among them.

“This may adversely affect the healthcare response system,” he said.