Besides hoisting of the national flag, a sapling plantation drive will also be conducted as part of the ceremony.

Raising of the national flag will mark the formal beginning of the construction of the Dhannipur Mosque at the holy city of Ayodhya in Uttar Pradesh.

The construction of the Ayodhya Mosque will begin on the occasion of Republic Day (January 26).

Besides hoisting of the national flag, a sapling plantation drive will also be conducted as part of the ceremony.

The construction of the mosque follows the Supreme Court verdict in the Ram Janmabhoomi case, that ruled in favour of construction of Ram temple at a disputed site in Ayodhya.

The Apex Court had directed the Centre to allot an alternative five-acre plot to the Sunni Waqf Board for building a new mosque at a prominent place in the holy town in Uttar Pradesh. 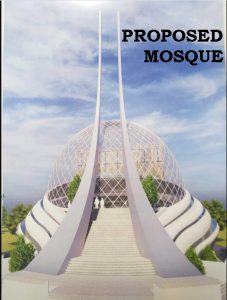 The Indo-Islamic Cultural Foundation (IICF) trust will build the Mosque on a five-acre plot, some 25 km away from the Ram Temple location.]

The IICF informed that the mosque construction ceremony will begin at 8:30am on January 26 with hoisting of the national flag and sapling plantation drive.

“Republic Day will be celebrated with the start of the Dhannipur Mosque Project,” the IICF said.

The tree plantation drive has been planned because the project intends to serve the community in the area and create awareness about climate change as a major challenge to humanity, the IICF said.

“As envisaged in the project, a green area will be developed to have plants from all over the world from Amazon rainforest to areas having bushfires in Australia and from all different geographical regions of India to create awareness for imminent threat of climate change,” the IICF said. 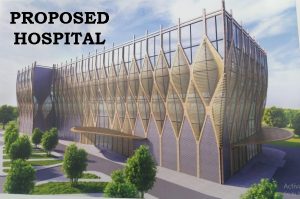 Apart from the colossal mosque, the Dhannipur Mosque Project will also will house a hospital, a museum, a library, a community kitchen, an Indo-Islamic Cultural Research Centre and a publication house.