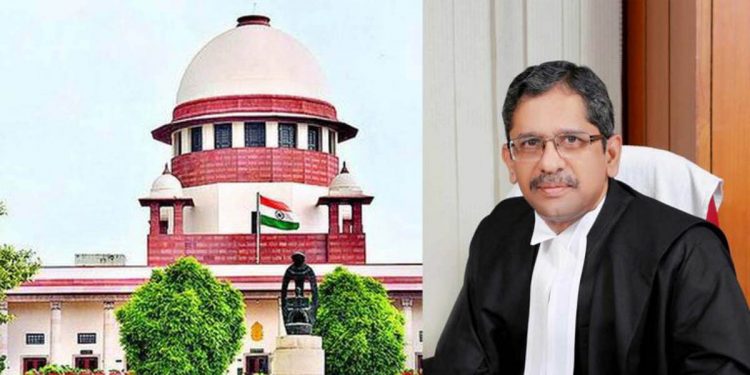 Chief Justice of India (CJI) NV Ramana said the “government not giving priority to medical sector” is a matter of “immediate concern”.

CJI Ramana on Thursday questioned why “medical professionals are at the receiving end for someone else’s failure”.

The Chief Justice of India said this while addressing medical professionals on World Doctors Day at an event.

Ramana also launched a campaign against diabetes by a Hyderabad-based society, according to media reports.

A report quoted CJI Ramana as saying: “The medical bodies and concerned agencies in the government have to put their heads together to address these concerns. Only then can we sincerely greet the doctors on the first of July every year.”

“It is saddening that our doctors are being brutally attacked while on duty. Why is it that the medical professionals are at the receiving end for someone else’s failure,” CJI Ramana questioned.

He said, “It is a fact that the tradition of family doctor is vanishing. Why is it that the profiteering by corporates and investors is being blamed on doctors?”