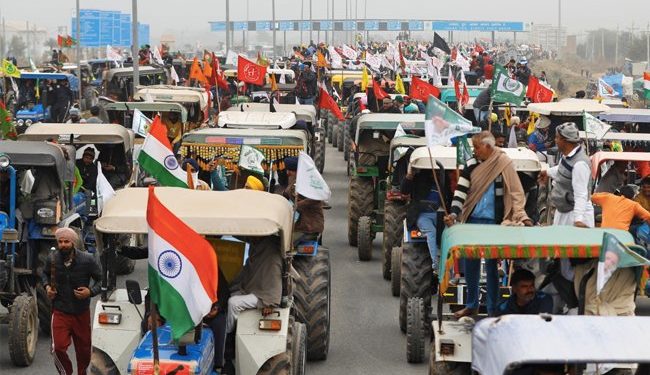 After several talks with the farmers’ organizations, Delhi Police on Sunday permitted the tractor rally on Republic Day 2021 in Delhi.

A media report quoted Delhi Police as saying that the barricades would be lifted at Singhu, Tikri and Gazipur borders on January 26 after the Republic Day parade in the national capital is over.

Police said the farmers along with their tractors would be allowed to enter up to 100 km within Delhi in a circular path on the routes as decided during the discussion with the farmers.

The route specified is from Singhu border to Sanjay Gandhi Transport Nagar, Kanjhawala, Bawana to Auchadi.

From Tikri border, the route will be to Nangloi, Najafgarh, Jharoda, Dhansa, Badli and the KMP and from Gazipur border to Apsara border to Hapur Road, the report said.

The police officer said cops are on alert after receiving intelligence inputs that various Twitter handles operating from Pakistan are active to disrupt the tractor rally on January 26.

“According to our intelligence input, 308 Twitter handles have been generated from Pakistan to disrupt the rally to create disturbance. We are also concerned about the security of the rally given the threat perception,” the report further quoted Pathak as saying.

Thousands of farmers from different parts of the country including Punjab, Haryana, Uttar Pradesh and other states have been protesting at multiple border points of Delhi at Singhu, Tikri and Gazipur borders since November-end.