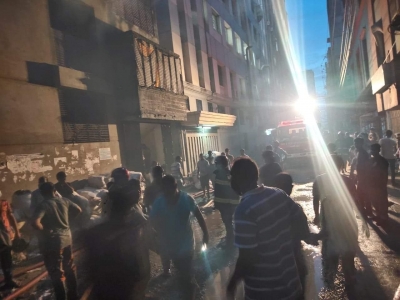 The death toll from a major fire at a juice factory in Bangladesh’s Narayanganj district rose to 52 on Friday.

According to officials, several bodies were recovered from the spot.

The Hashem Foods Ltd factory, which manufactures various juice, soft drinks and food items in the Upazila’s Karnagop area caught fire at around 5.30 pm on Thursday.

The deaths of three female workers were reported in the immediate aftermath of the fire.

Although the blaze was almost tamed early Friday, the fire flared once again on the fifth and sixth floors in the morning.

The severe heat from the blaze caused cracks in the building.

The windows, including the aluminum structures, fell apart, with plumes of black smoke billowing out of the factory.