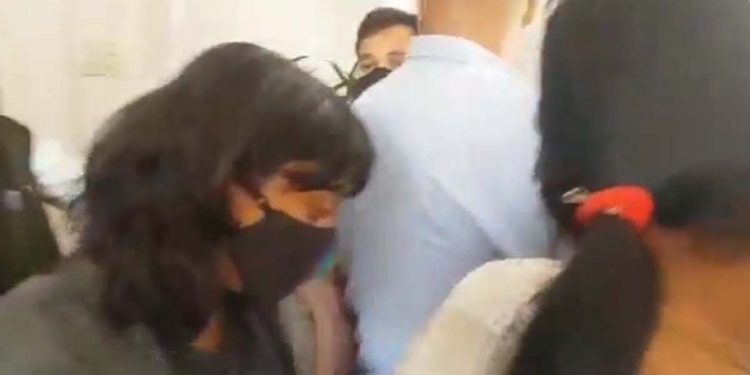 The 22-year-old student is one of the founders of the Indian branch of the Fridays for Future climate strike.

The young activist has been accused of sedition and criminal conspiracy.

Well-known campaigner Greta Thunberg had first shared Disha’s toolkit which contained suggestions to help the farmers been protesting relentlessly for the past three months, braving the biting cold.

The farmers had also taken out a tractor rally in New Delhi on January 26, during which they clashed with the Delhi police.

“The call was to wage an economic, social, cultural and regional war against India,” a report quoted Delhi Police special commissioner Praveer Ranjan as saying.

The police registered a case against the young activist for spreading disaffection against the Indian government and disharmony between different groups based on religious, social and cultural grounds.

The new agricultural laws threaten the existence of assured prices for farm products, thereby weakening their bargaining power and making them prone to exploitation by private players.

Although the BJP led central government has offered to suspend the laws in the face of wide protests, the farmers have demanded that the laws be completely replaced.