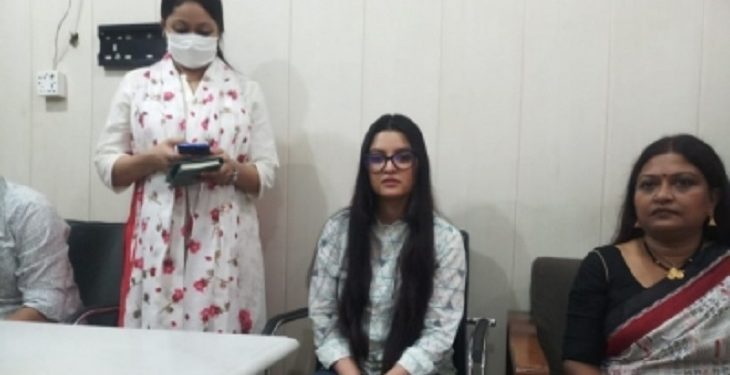 Bangladesh actress Pori Moni has now been accused of “vandalism” at a club in Dhaka.

Film star Pori Modi alleged a bid to rape and kill her by a businessman at the Boat Club in Dhaka on June 8.

He said that a complaint had been filed by the club in connection with the incident.

However, the police denied that any case was filed against Pori Moni.

Reacting to the charge, Shamsunnahar Smrity, popularly known as Pori Moni, on Wednesday night said these attempts are being made to harass her intentionally.

She said that it is an attempt to hide the Boat Club incident.

Pori Moni had alleged that club member and former club President Nasir Uddin Mahmud, along with Tuhin Siddiqui Omi, attempted to rape and kill her on June 8.

Replying to Iqbal’s claim, Pori Moni said, “It’s very clear and I understand now in many ways … it’s a conspiracy!”

“If they plan to harass me, it’s totally disappointing for me. Still, I’m mentally and physically down. And if I have done something so unpleasant, then why did it come in front of the media after so long,” she said.

She demanded a proper investigation of the claim.

Iqbal, at the press conference, alleged that Pori Moni “had broken 15 glasses, some ashtrays and some plates and she was drunk… we have CCTV footage.”

Mahmud and Omi, who were arrested over the Pori Moni incident, have confessed to assaulting the actress.

Dhaka Metropolitan Police’s Joint Commissioner, Detective Branch, Harun or Rashid, said: “During the interrogation, both of the accused confessed to slapping and pushing Pori Moni. Besides, what happened in Boat Club and who committed what roles were recorded by CCTV cameras.”

The CCTV footage shows Mahmud receiving Pori Moni before entering the Boat Club, and later threatening her, and then she is unconscious while being taken out of the club to the car.

Omi, a former BNP worker and close associate of senior party leader Tareq Zia, and Mahmud, were arrested in the case on Monday and subsequently sent to seven days of police custody on Tuesday by a court.