People from Arunachal were stranded in Dibrugarh due to massive protests against the Citizenship Amendment Act, 2019 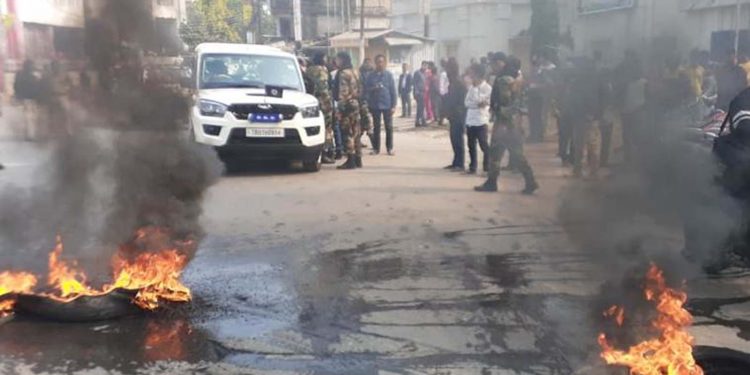 Around 40 students and youth, including 18 females from Arunachal Pradesh, who remained stranded in Dibrugarh town due to unrest, were safely evacuated by security forces on Saturday.

The evacuation drive for the students and youth from Arunachal Pradesh’s Changlang district was carried out by 171 Bn CRPF.

The people from neighbouring Arunachal were stranded in Dibrugarh due to massive protests against the Citizenship Amendment Act, 2019 following which all means of transportation to and from Dibrugarh were disrupted.

They were supposed to go to Changlang district from Dimapur via Dibrugarh.

But they have been left stranded in different locations of Dibrugarh district for the last three days without proper food due to the emerging unrest and adverse situation.

A team of 171 Bn CRPF, led by inspector (GD) Raile Paul, evacuated them on Saturday.

The team took them to the battalion headquarters, provided food, shelter, and other basic amenities.

The Commandant of 171 Bn CRPF, P.K. Singh, has coordinated with the deputy commissioner and superintendent of police of Changlang district for the further safe movement of the people to their respective homes in Arunachal Pradesh in helicopter under protection.

Stranded youths Dixon Kimsing and Kemmon Mossang, who hail from a remote area of Changlang district appreciated the goodwill gesture, safety and logistic support provided by the 171 Bn CRPF.

The youths said, “Now we are feeling safe in the CRPF camp.”

The people of Changlang and the Changlang superintendent of police also thanked and appreciated the professionalism of the CRPF team.