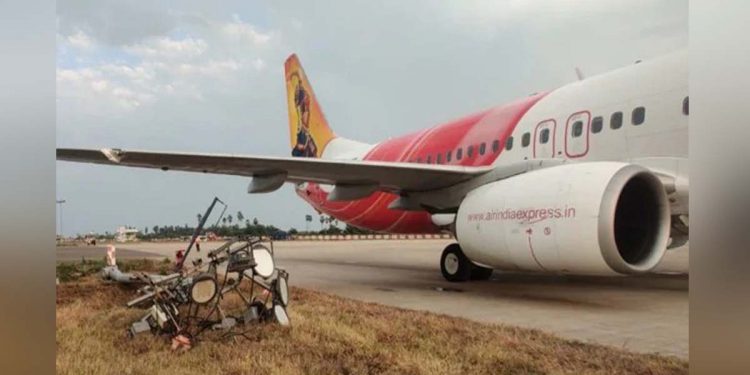 An Air India Express plane hit an electric pole while landing at the Vijayawada International Airport in Andhra Pradesh.

There were 64 passengers on board the Air India Express aircraft.

“All 64 passengers on board the flight and the crew are safe,” a media report quoted Vijayawada International Airport director G Madhusudan Rao as saying.

Meanwhile, Air India Express has ordered an investigation into the incident.

Air India Express, an Indian low-cost airline, headquartered in Kochi of Kerala, was launched in April 2005.

It is operated by Air India Express Limited, a wholly-owned subsidiary of the Indian flag carrier airline Air India.

In a picture available on social media, the electric pole with several lights along the runway of the airport is seen completely smashed to the ground.

A large dent is also visible on the end of the right wing of the aircraft that hit the electric pole.

Air India Express, according to information on the company’s website, has a market share of 7.1% in India.

The carrier operates a fleet of 24 Boeing 737- 800 Next Generation (NG) aircraft, the company says.