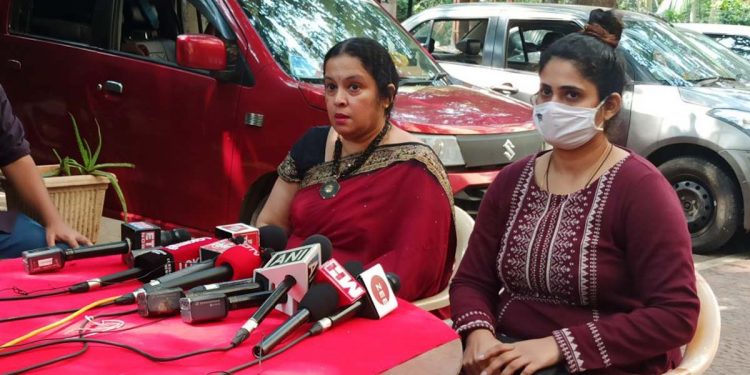 After the arrest of Republic TV Editor-in-Chief Arnab Goswami for abetting the suicide of Anvay Naik and his mother Kumud Naik in 2018, his wife and daughter have thanked Maharashtra Police.

Talking to media, Anvay Naik’s wife Akshata Naik said, “We can’t forget the year 2018. We want to thank Maharashtra Police for standing by a daughter of Maharashtra.”

An FIR was lodged with Raigad Police against Goswami and two others in 2018 for abetting the suicide of 53-year-old interior designer Anvay Naik and his mother.

But in April 2019, the case was closed by Raigad Police, apparently due to lack of evidence.

However, in May this year, Anvay’s daughter, Adnya Naik approached Maharashtra home minister Anil Deshmukh seeking reopening of the case.

In a suicide note written in English found at the spot of the suicide, Anvay said he and his mother decided to take the extreme step on account of payments due to them not being cleared by the owners of three companies.

The companies include television journalist Arnab Goswami of Republic TV, Feroz Shaikh of IcastX/Skimedia and Niteish Sarda of Smartworks.

Akshata Naik said her husband in his suicide note had mentioned three names but no action has been taken against them.

She said, “Arnab Goswami is behind my husband’s death. I request every single Indian not to help him. The action taken by Maharashtra Police is justice done to us.”

A media report quoted Naik’s daughter Adnya as saying: “My father spent his money, energy, blood and sweat on the project. Despite all that, Goswami ensured my father did not get his dues.”

“He continuously threatened my father saying that he will finish his career and my career,” she said.

Adnya informed that they had filed four complaints after they started getting threats.

Akshata Naik said they don’t want to make it a political issue but seek justice and a proper investigation.