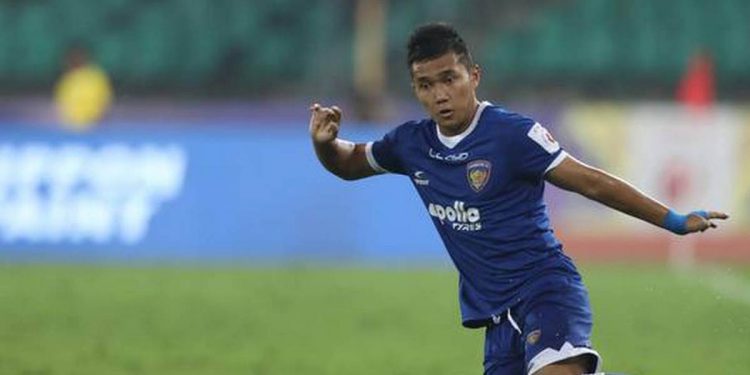 Mizo footballer and Chennaiyin FC that left-back Jerry Lalrinzuala has extended his stay at the club after signing a new multi-year deal.

The Indian Super League or ISL club made this announcement on Thursday.

This would be the fifth season for Jerry Lalrinzuala with Chennaiyin FC.

The footballer from Mizoram has already made 65 appearances for the club and played a pivotal role in the 2017-18 ISL title triumph.

In the season the footballer featured in all but one game for the Chennaiyin FC.

In a statement after signing the contract, Jerry said, “I am very happy to have extended my time at Chennaiyin FC after another memorable season last time out.”

“My journey with the club so far has been an incredible learning experience,” he added.

He further said that he is raring to wear the Chennaiyin blues again and continue fighting for the team’s passionate supporters.

“Looking ahead, I hope my fifth season at the club results in five-star achievements,” he added.

In the 2019-20 season, Jerry Lalrinzuala made 14 appearances for Chennaiyin FC. and notched two assists en-route the final.

Sharing his views about the extension of the deal, Chennaiyin FC co-owner Vita Dani said, “Jerry is a fantastic talent whose qualities have been nurtured at Chennaiyin FC over the years.”

“We are incredibly proud to see the progress he has made, becoming a tenacious and gritty presence who has been a vital component of our recent success,” he added.

“And we are excited to see him developing further and contributing to the club’s ambitions” he further said.

Jerry Lalrinzuala has represented India across multiple age-groups and he made his senior debut in June 2017 against Nepal in a friendly.

Since then the footballer has been capped nine times with the national team.