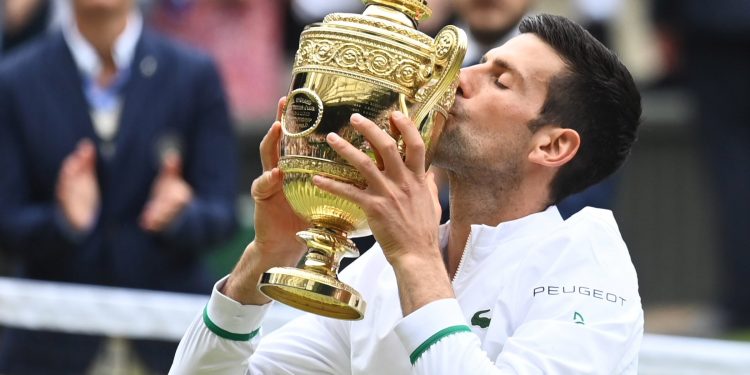 If you are still fresh from watching Copa América final, Azzurri magic at the Euro (at the same time an English heartbreak) and Djokovic’s show at the Wimbledon, you have read the headline correctly.

There is a reason why the headline says “Four” and it will be explained in the article. However, before that let me just deviate from the main point of view of the article and congratulate Argentina for winning Copa America and Italy for winning the Euro cup.

It was important for Argentina to win the Copa America because 28 years is way too long period for a champion team like Argentina not to win the coveted South American Football Championship.

The victory also redeemed Lionel Messi, who has now something to show for the national team. For Italy, the country devastated by the pandemic, it is a moment of sheer joy and resilience.

Coming back to Tennis, by winning the record 6th Wimbledon, Novak Djokovic has now won 20 Grand Slam majors and equalled the other greats of the contemporary era-Rafael Nadal and Roger Federer. Most importantly, he is all set to accomplish something which has been achieved only once in the open era.

The Champion Player has won all three Grand Slams this year and if he wins in US open, he would accomplish a rare feat- a potential Calendar Year Grand Slam i.e., winning all FOUR major championships within a single calendar year.

The only tennis player in Open era to ever achieve a Calendar Year Golden Slam — winning all four Grand Slams and an Olympic gold medal in the same year — was Steffi Graf in 1988. If Djokovic wins at the US Open, it would be the first men’s Calendal Year Grand Slam in more than 50 years, the last to achieve it being Rod Laver in 1969.

There are “ifs” and definitely fierce challenge ahead of Djokovic, but his ominous form makes him a true contender for the rare feat. He may not have the grace like Federer but he certainly has a mind like a chess grand master and machine-like precision.

His defence is impregnable. One will hardly see his opponents win points from baseline. He mixes his game with clever slices, drop shots and these days by approaching the net. In the crucial points, he seldom stumbles. His opponent Denis Shapovalov during the Wimbledon semifinal had 11 break points and could not convert any or Matteo Berrettini, who despite playing his best tennis in the championship final could not breach Djokovic’s defense.

Simply put, Novak Djokovic cannot be defeated skill wise, he has to be defeated mentally and the next generation of tennis players are learning the lessons hard way. Think about Stefanos Tsitsipas, who was two sets up against Djokovic and yet lost the Rolland Garros final this year.

Daniil Medvedev, Dominic Thiem, Alexander Zverev etc. are the next generation players and they are mostly in their mid-20s and are all terrific players. However, these players are yet to stamp their authority on the big stage.

With the reign of Federer coming to an end and Nadal’s injury issues, Djokovic remains the biggest threat in the tennis court. We are witnessing the very best of Djokovic while he is etching his legacy in the history books.

The writer is PRO at Tezpur University. The views expressed in this article are personal. He can be reached at: [email protected]