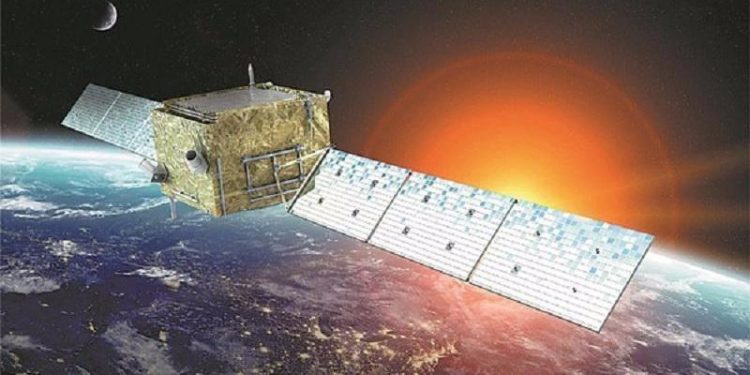 An international research team has conducted a precise measurement of the spectrum of protons.

A Chinese satellite has not only searched for the invisible dark matter but also explored the origin of cosmic rays or high energy particles that travel through space at nearly the speed of light.

According to Xinhua news agency an international research team has conducted a precise measurement of the spectrum of protons.

This proton is the most abundant component of cosmic rays, the measurement of which is done in an energy range from 40 GeV to 100 TeV (one TeV is one trillion electron volts) with China’s Dark Matter Particle Explorer (DAMPE), also known as ‘Wukong’ or Monkey King.

This was the first time that an experiment directly measures the cosmic ray protons up to the energy of 100 TeV with high precision, according to the research team.

The measured spectrum shows that the proton flux increases at hundreds of billions electron volts and then drops at around 14 TeV, indicating the existence of a new spectral feature of cosmic rays, said Chang Jin, the principal investigator of DAMPE.

Jin is the director of the Purple Mountain Observatory (PMO) of the Chinese Academy of Sciences.

“The new finding is of great importance in helping scientists understand the source and acceleration of cosmic rays in the Milky Way,” said Yuan Qiang, a researcher at PMO.

“We speculate that the newly discovered spectral feature of cosmic ray protons might be produced by a nearby source which is a few thousand light-years from the earth,” Yuan said.

Another possibility is that there are different types of sources of cosmic rays in the Milky Way, which generate different spectra, he added.

“We still don’t know what kind of celestial body generates those cosmic rays of and from which direction they come. Many scientists believe that the majority of galactic cosmic rays come from supernova remnants. We need more observation with various methods to answer the questions related to the origin and acceleration mechanism of cosmic rays,” said Yue Chuan, another researcher at PMO.