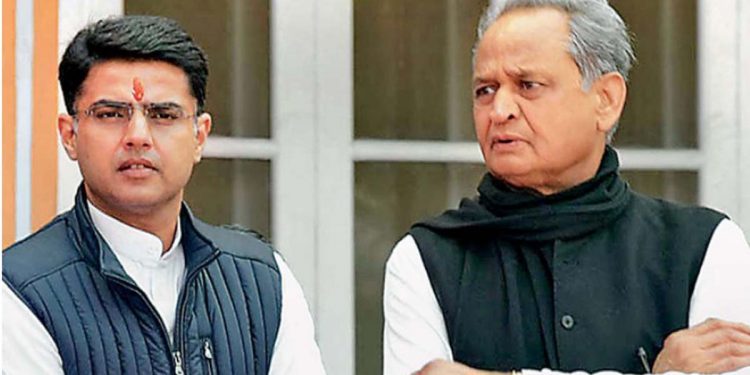 The political crisis has deepened in Rajasthan after deputy chief minister and Congress leader Sachin Pilot has revolted against the party leadership.

Pilot’s stand may result in collapse of the Congress-led government in Rajasthan just a few months after it lost Madhya Pradesh to the BJP.

According to reports, Pilot claims he has the support of 30 MLAs.

Pilot is believed to have arrived in Delhi on Saturday night along with a group of 20-25 MLAs, who are camping at a Gurugram hotel.

However, the All India Congress Committee (AICC) is yet to grant him a meeting with the party’s high command so far.

It has been reported that both AICC president Sonia Gandhi and AICC leader Rahul Gandhi have been briefed about the situation.

“We are confident we won’t allow a Madhya Pradesh situation to take place again,” a media report quoted a senior Congress leader as saying.

Meanwhile, Rajasthan chief minister Gehlot has alleged the BJP of conspiring to topple his government by indulging in horse-trading.

However, the charge has reportedly been denied by the saffron party.