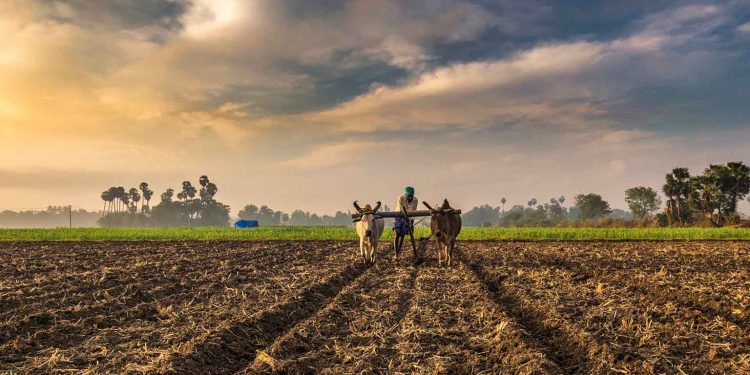 The year 2020 has been pretty hard for everyone. Today the entire world is suffering because of the global COVID-19 pandemic.

While we see hundreds and thousands of deaths because of this disease globally, what terrifies us more is to see a global economic meltdown. The world is going through a phase of extreme recession and the future seems to be uncertain for many.

The slowdown has severely impacted the livelihoods of many. Irrespective of the sector, most traits have been crashed directly or indirectly resulting in huge losses.

One of the major issues in today’s India is the employment generation of the migrants returning to their respective native places.

The relocating of people working in cities and towns to their villages has created a lot of speculation over the last few days.

A section of experts has even expressed this as an opportunity to revive the dying village small scale industries.

However, this little hope of reviving rural livelihoods suffered a massive blow in Assam as the incurable African Swine Fever (ASF) hit Assam pretty hard with the death of thousands of pigs being officially reported.

The piggery sector in Assam is unorganized and has traditionally been a household activity in most of its rural areas and they mostly treat it as an “emergency fund”.

Thus, deaths of pigs have impacted these small scale farmers immensely during this period of the overall economic crisis.

African swine fever (ASF) is a highly contagious hemorrhagic viral disease of domestic and wild pigs, which is responsible for serious economic and production losses. It is a transboundary animal disease and can be spread by both live and dead pigs.

Transmission can happen through direct contact with the infected pig or wild pig or even indirect transmission through infected vector tick.

Transmission can also occur via contaminated feed and objects such as shoes, clothes, vehicles, knives, equipment etc., due to the high environmental resistance of ASF virus.

Acute forms of ASF are characterized by high fever, depression, anorexia and loss of appetite, redness of skin on ears, abdomen and legs.

Pregnant sows will abort, cyanosis, vomiting, bleeding from the nose and rectum, diarrhoea and death within 6- 10 days. In severe cases, a farmer might lose his entire stock.

Currently, there is no approved vaccine for ASF and no treatment. Prevention in countries free of the disease depends on the implementation of appropriate import policies and bio-security measures. Ensuring that neither infected live pigs nor pork products are introduced into areas free of ASF is one way to tackle it.

During outbreaks, early detection and humane killing of animals (with proper disposal of carcasses and waste); thorough cleansing and disinfection strict bio-security measures on farms can help reduce the spread of the disease.

ASF is not a risk to human health.ASF is a disease listed in the World Organization for Animal Health (OIE) Terrestrial Animal Health Code and must be reported to the OIE.

The impact of the spread of ASF has been lethal and thousands of farmers across 10 districts in Assam have suffered considerable losses during the last 3-4 months.

Tilottama Doley, a lady from Dhemaji district of Assam had 12 pigs and was involved in both breedings as well as fattening activities. Being a farmer, her piggery farm was not an overnight development. It took her years of hard work and involvement to start something of this sort.

She was doing fine. It started becoming a prime source of income generation for her family of 5. Every time during floods, her pigs worked as her emergency fund source.

However, this flood season things will not be the same for her. She lost all of her pigs during this ASF outbreak.

Tilottama Doley just a representation of all the small-scale farmers in those regions who have suffered this tremendous blow.

Already 1st spree of floods has struck in those places. Death of their emergency source of money has now left them stuck in a situation filled with anxiety, anguish, agony and uncertainty. Pigs are dying every day and people are losing their source of livelihood.

With migrants returning to their homes and households losing a major income-generating source, Assam is facing a serious challenge in these critical times.

Assam today has over 20 lakhs pigs and it is estimated that there are 7.5 lakhs of farmers across the state are involved in this rearing process. Because of this involvement of such a huge number of rearers and pig stock, today Assam is nationally known as the highest producer of pigs. There are today national and international level summits held where discussions about pigs are conducted and Assam and Northeast India take a centre-stage in this. Not only the production but also the demand is extremely high for pork meat. Today farmers across India have taken up piggery to fulfil the demand of pork in the northeast.

Owing to this ever-growing demand for pork, the mindset of farmers has changed in the northeast and farmers today have started taking up piggery as a commercial activity. It is to be noted that, between the last and present pig census, there has been an increase of over 2 lakh pig population.

The increasing number of entrepreneurs are now actively associated with this sector and gradually are creating a revolution in the commercial piggery sector. However, the truth remains that Assam being the highest producer of pigs in the country is large because of the lakhs of nameless small farmers, who do not have a voice in regional/national media or social media. In today’s context, these farmers are the ones who have suffered the most and yet their voices are unheard. No forum is talking about the restoration of livelihoods of these small scale farmers.

The impact of ASF became severe during the month of March and April. However, due to the ongoing nation-wide lockdown, farmers couldn’t even reach out their nearest veterinary offices and sanitization process too got hampered. Small scale farmers didn’t get proper timely information of the outbreak and this resulted in further losses.

Will, there be compensation for dead/culled pigs, or as is the norm of everything in India, will it be routed to only the rich and connected farmers? Like always will the authorities be selective in giving subsidies to the economically sound and powerful ones and leave behind the small and marginal? Only time will tell us the answers.