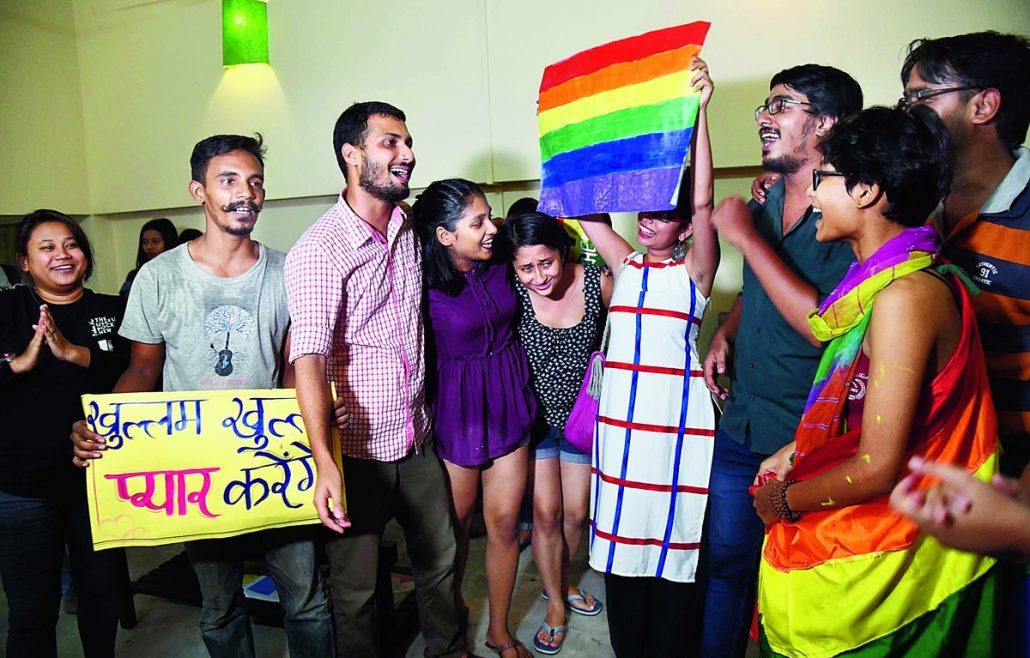 Homosexuality was legalized in India by the Supreme Court of India in September, 2018.  A five-judge bench of the top court declared Section 377 of the Indian Penal Code as unconstitutional and held that human sexuality cannot be confined to a binary.

They are struggling with lack of funds, stigma, and poor mental as well as physical health. The LGBT’s are already a vulnerable group and this pandemic made their life a little more difficult. International Transgender Rights groups are warning that the global coronavirus lockdown restrictions have denied healthcare to them.

It is important to consider LGBT communities in this hour of crisis for two main reasons: firstly, there are several factors which may make LGBT people more at risk of contracting the virus and secondly, because of the inequalities faced by these communities they are denied even the basic healthcare facilities.

Although there is no evidence that suggest that LGBT people are more likely to contract COVID-19 but the grim reality still remains that their individuality is still made a mockery. The concern also remains about the reduced support for LGBT people, particularly those who are homeless and not accepted by families.

The Socio Economic and Caste Census, 2011 states that rural India has 75,008 transgender people. Two key measures in defeating COVID-19 are social distancing and the use of personal protective measures. However, as most transgender people are poor and live in small houses, they do not maintain these preventive measures.

LGBT communities are impacted by HIV and this result in weak immune system. Those begging or doing sex work for their livelihood are the worst affected because they have no income now. They live in small houses in unhygienic conditions, as a result of which these areas are likely to be a hotbed for COVID-19.

Transgender staying with unsupportive family during this lockdown are dealing with stress, anxiety and trauma specially those who have undergone surgery recently. They are prone to fall into the clutches of depression because of the lack of social acceptance since ages, and thus this pandemic has increased their plight.

Higher rates on anxiety, depression and poor mental health has been linked with behaviors detrimental to their overall health including extended use of substance abuse, smoking, drinking, self harm, eating disorders and suicidal tendencies. Often they are subjected to verbal as well as physical abuse by the family members because of lack of understanding and acceptance.

They are facing lack of access to therapy, healthcare as well as medications. Most LGBT people are uneducated as their family disowned them or they quit school due to social stigma, and thus lack proper documentation which makes their access to benefits more impossible. India currently has around 4.8 lakh transgender people, as per the 2011 census data, out of whom only around 10% have a voter ID.

Even before this pandemic there was already a significant level of economic, social, moral as well as mental instability and high rates of stigmatization with them and this pandemic has just added fuel to an already burning community. Medications delays, therapies and surgeries postponed, loss in income are all part and parcel of the LGBT’s, who are used to being one of the last priorities of the government.

With the coronavirus outbreak, we cannot expect the old biases to automatically be wiped off. The LGBT Foundation received numerous complaints from trans-people that they are denied access to prescribed hormone injections, although the World Health Organization and European Commission guidelines on essential services include medications to the LGBT people.

Most transgender people who are undergoing gender reassignment are either out of medicines or on the verge of running out of stock. As Dr. Michael Brady, National Advisor for LGBT Health quotes: “Wherever the question is asked, LGBT people experience poorer outcomes in healthcare.”

Many NGO’s are helping them cope with this crisis. The Ministry of Social Justice and Empowerment (MSJE) are working to empower the marginalized communities. The Karnataka Government on April 8 announced that transgender people receiving pension would get it for two months upfront and also free medicines be provided to them.

The Assam Government also provided free rations to four transgender people in Lakhimpur district. Chhattisgarh is the only state with a working Transgender Welfare Board. The need of the hour is to break the stigma attached with the LGBT community and lend a helping hand to them at this hour of crisis.

Humans have seen enough fatality during the coronavirus pandemic, so we should understand the pain, which the LGBT people go through and not deny them the right to life.

To quote Supreme Court of India: “Sexual orientation is one of the many biological phenomenons. It is natural and no discrimination can exist. Any violation is against freedom of speech and expression. Morality cannot be martyred at the altar of social morality. Denial of self expression is like death. Who decides what is natural and what is unnatural?”

Shilapa Roy is a lawyer and writer based in Guwahati. She can be reached at: [email protected]