Lockdown on, are some ministers in Assam sleeping? 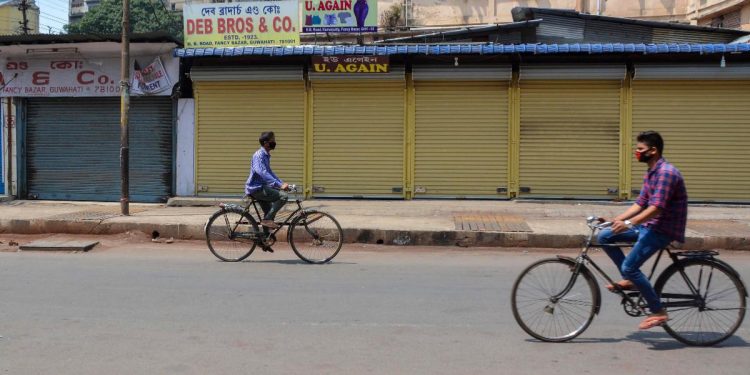 Human life is a million times more valuable than any race, community, religion, language, caste, creed and what have you. In one word human life is invaluable.

With Covid-19 sweeping across the world in pandemic form and India undergoing a 21-day lockdown, the vital necessities for survival like food, water and health care, other than the special provisions made to fight Covid-19, have gone into short supply.

While the scenario in other parts of the country may be different, in Assam the general public are extremely hard hit by an acute shortage in the supply of vital food items like rice, pulses, wheat, vegetable etc.

Vast majority of the grocery shops have gone virtually empty due to fund crunch faced by the retailers, hike in prices by some unscrupulous whole-sellers and bottlenecks in the transportation arena. In certain cases the retail sellers are themselves to be blamed. In any case the game of pushing the buck is always on between the whole-sellers and the retailers

Likewise, vegetables have almost disappeared in the market or other vegetable joints. Whatever vegetables may be available in certain hideouts are old and dry ones sold at exorbitant rates. Once in a while an odd handcart is seen in a locality selling vegetables at sky-rocketing prices while the buyer has no option.

It is now over two weeks since the 21-day national lockdown was clamped. Unfortunately, during this period the food & civil supplies (F&CS) and the agriculture department literally went into deep slumber like the mythological Kumbhakarna of the Ramayana.

As soon as the 21-day lockdown was announced, was it not the primary duty of the ministers in-charge of the two vital departments of F&CS and agriculture to immediately draw up roadmaps to make essential food items and vegetables available to the people and implement the same effective steps so that the teeming millions don’t have go without food or compelled to have half meals?

It was only after a section of the media, including news channels, came down with extreme severity on the two departments and the concerned ministers for their height of irresponsibility in the matter of delivering to the hungry millions that the F&CS minister woke up from his kumbhakarna slumber  and reportedly issued guidelines to the department and district administration in the matter of control, distribution and price of essential food items to be made available to the commoners, a vast majority of whom are being forced to spend their days and nights with half meals or in some cases with no meals.

One wonders if the minister is aware of the fact that seeing the plight of the poorer section of the society, a large number of NGOs and individuals from several walks of life have voluntarily embarked upon the task of  distributing foodstuff at the doorstep of the hungry millions.

Now that at long last, the F&CS minister has come to know about the frightening reality and has reportedly issued directives, may one ask as to how long would the commoner have to wait to see anything positive happening at the ground level and in the event of any government help coming their way, for how long would such relief last?

On the agricultural front, the scenario is unimaginably worse. The agriculture minister may not be aware of the fact the in the absence of buyers and transport facilities due to the lockdown, vegetables like cabbage, brinjal, tomato or fruits like watermelon and strawberry are rotting in the farms while the farmers are being left penniless, high and dry.

That being the poor plight of the farmers, the residents in the towns, suburbs and cities are either consuming old and possibly hoarded vegetables that have gone dry or forced to live without vegetables.

As of now, the grotesque reality is that over the last two week or so because of the unpardonable inefficiency, nay, worthlessness, of the two departments seemingly headed by Kumbhakarnas, the commoners in millions in Assam are being forced to bear the brunt on the food and vegetable fronts.

Again, should not the transport minister have also played a proactive role from the very beginning of making arrangements for transportation of vegetables from the villages to the towns and cities?  Will the Chief Minister intervene and make the necessary amends in the interest of the general people?