Home and Beyond – The Difference 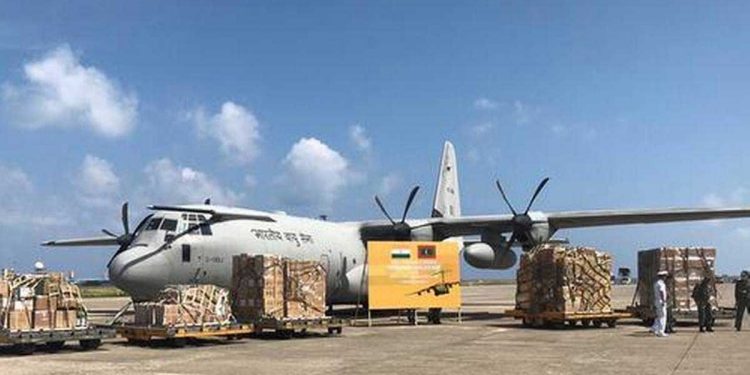 A focussed global approach by the India’s Prime Minister, Narendra Modi, has made India position the country as a leader in augmenting global responses to the coronavirus even while combating it at home.

May it be the March 15th SAARC video conference or the G 20 digital meeting on March 26, one aspect is certain. India is now not just keen to assert its position globally but it has already achieved it. It is much more credible than its neighbour China, now.

And, with medical supplies to the US, Israel, Brazil and several other countries at this hour of crisis only drives home the point that some press coverage in the past few months have projected the government wrongly.

On the domestic front, the opposition charge of Mr Modi’s propagandist tonality bitten the dust with an overwhelming response by the masses.

An economic effect is undeniable, but repeated assurances that steps are being taken and will be taken by the central government have been deliberately under-reported in certain sections of the media.

It has become a trend now of tarnishing India’s image with some factually wrong and deliberately written and video stories by some so-called glasshouse journalists.

These reports are politically motivated and done deliberately to undermine India’s efforts in combating the situation on ground and in order to create chaos and spread hatred and create a divide.

Forget constructive criticism and extending a helping hand when required, which an ideal opposition should do, there are some so-called intellectuals in the country who choose their own time to air their views in non-descript manner.

Where are these so-called intellectuals who raised their voices during NRC, CAA, Jammu and Kashmir becoming a Union Territory and the Ayodhya issue?

Where are you lost? These guys then said they were speaking for their country.  Your country is facing a global health crisis situation now.

Your voices are inaudible now.  Oh yes, you all are in self-quarantine, isn’t it?

One such person have even gone ahead to compare our present government’s action towards handling of Covid 19 as a ‘genocide’.  And these guys were dubbed as India’s true voices during the non-BJP regime.

The current situation because of this global endemic should be treated by all Indians together but ‘team spirit’ like the Indian cricket team is missing.  Some opposition parties are responsible for this.

Food packets in West Bengal were distributed with the ruling party’s symbol.  Was the party paying for these? Or was the money was coming out of the public exchequer?  There are no answers.  You will find the answers on their faces when the face masks are removed, hopefully.

These stories are emerging at a time when all countries are fighting the common enemy as ONE.

But India, under Prime Minster Narendra Modi, is fighting it out and is on its right path. Ten years hence, when you will look back and think about the planning and execution of the central government’s decisions to fight Covid 19, you will be proud as an Indian.

The author is a global digital content strategist and a senior journalist, who has earlier worked with BBC, CNN, India Today Group and Times Now.