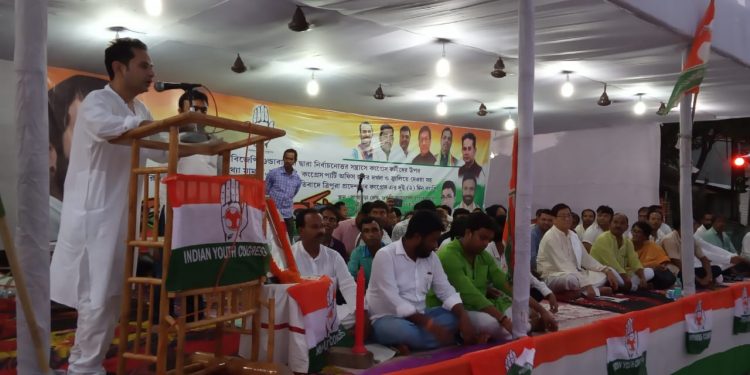 The Youth Congress staged sit-in-protest against post-poll violence in Tripura on Sunday.

The Youth Congress alleged involvement of Bharatiya Janata Party (BJP) activists in incidents of post-poll violence in the state.

The Youth Congress raised slogans against the ruling BJP-IPFT alleging that the ruling parties were sponsoring hooliganism.

Lashing out at Tripura Chief Minister Biplab Kumar Deb, who is also holding the home portfolio, senior Congress leaders stated that the CM has totally failed in maintaining peace and harmony in the state as incidents of violence continue to take place.

Gopal Chandra Roy stated that the Congress leaders on several occasions have appealed to the Chief Minister to take immediate steps to stop incidents of post-poll violence, but no step has been taken so far.

“The CM also assures in front of the media that necessary steps would be taken to stop violence but such incidents continue to happen in the state,” added Roy.

The protest will also continue till Monday.