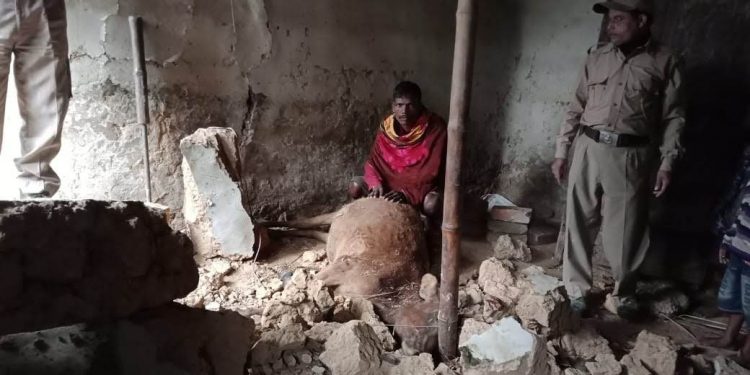 Wild elephant has once again made life miserable at Patharkandi area under Karimganj district of Assam, bordering Dharmanagar in Tripura.

According to the source at least a group of wild elephants has ransacked the house of one Natbar Balmikidas and Niranjan Balmikidas.

Talking to Northeast Now, both Natabar and Niranjan stated that after finishing their dinner they went for sleep. Later in the middle of the night, they discovered that the wild elephant has attacked their house and has also destroyed their paddy land.

However, both the brother along with their family managed to escape. But their house was destroyed completely. Meanwhile a cow died when the elephants attacked the cattle shed.

Loss of more than lakhs of rupees is reported. Getting the alarm from the villagers, forest ranger officer of Patharkandi reached the spot and assured the terrified villagers of government help.