Urn of Vajpayee’s ashes reaches Guwahati, to be immersed tomorrow 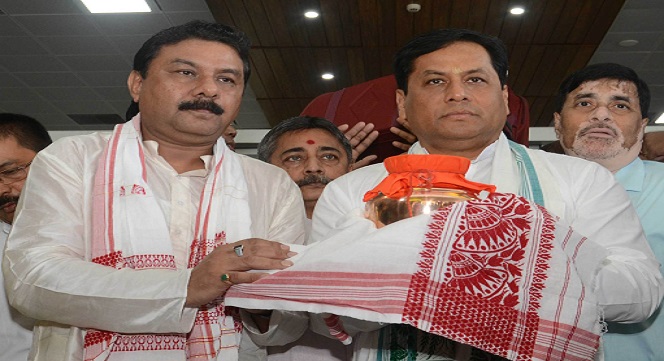 The ashes of former Prime Minister Atal Bihari Vajpayee will be immersed in the Brahmaputra and the Barak rivers in Assam. The ashes were brought to Assam on Wednesday. Assam BJP president Ranjit Dass brought the urn containing the ashes of Vajpayee from Delhi and arrived at the Lokapriya Gopinath Bordoloi International Airport at 2.30 pm.

Later the urn was kept at the party headquarters located for party leaders and workers, besides general public.  It will be kept for the visitors from 5 pm on Wednesday to 8 am till Thursday.