UN declaration must for Northeast states: Forum for Indigenous People 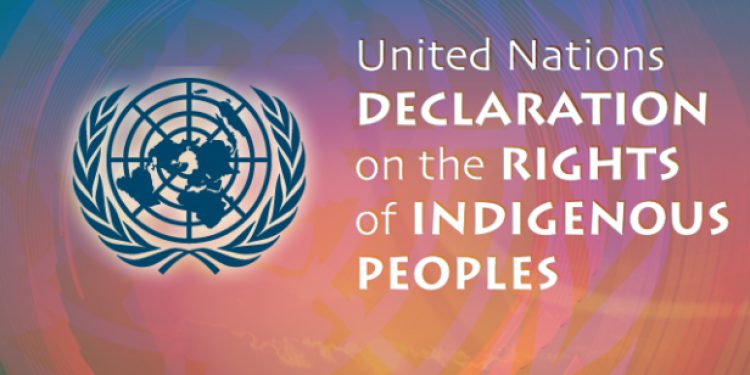 The North East Forum for Indigenous People (NEFIP) on Wednesday resolved to demand implementation of the United Nations Declaration on the Rights of Indigenous Peoples (UNDRIP) in all the north-eastern states.

The resolution was adopted at a meeting in Shillong on Wednesday.

The meeting was attended by 90 delegates belonging to different organisations of the region including the Manipur People against CAB (MANPAC) and Joint Committee for Prevention of Illegal Immigrants (JCPI) from Nagaland.

According to reports, NEFIP convenor Ningthouja Lancha disclosed that the forum would approach the Central Government adding that implementation of the UNDRIP will further safeguard the rights and interest of the indigenous people of the Northeast.

The UNDRIP which India is a signatory defines the individual and collective rights of indigenous people including their ownership rights to cultural and ceremonial expression, identity, language, employment, health education and other issues.

It also emphasizes the rights of indigenous people to maintain and strenghten their own institutions, cultures and traditions and to pursue their development in keeping with their own needs and aspirations.