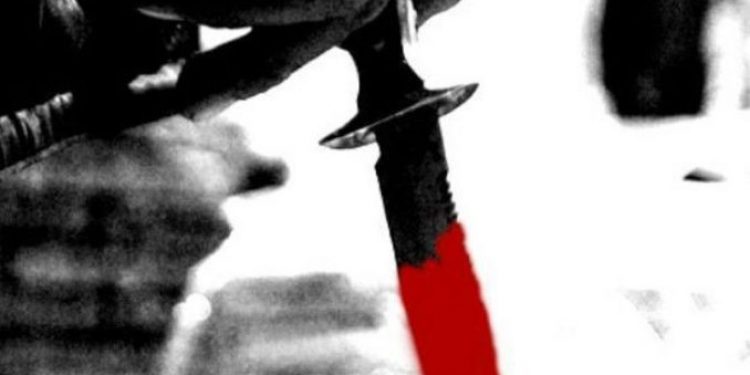 Two tea garden workers were killed while a woman sustained serious injuries in a scuffle at Barbarua area in upper Assam’s Dibrugarh district on Wednesday night.

Sources said one Tufan Ghatowar allegedly attacked Lal Bahadur Rabi Das with a sharp weapon following the duo get into a heated argument.

While Lal Bahadur died on the spot in the attack, Sonia Ghatowar, who tried to intervene the matter, was seriously injured when Tufan attacked her with the sharp weapon.

She was rushed into Assam Medical College and Hospital (AMCH) in a critical condition. .

Sonia is now being treated at AMCH.

The incident took place around 8 am at Jungle line near Lepetakata puja field here.

Sources said following the incident the people of Jungle line comes out from their houses and trashed Tufan to death.

We are investigating into the matter but cannot ascertain why the scuffle took place between them,” Monuaj Baruah, officer in charge of Barbaruah police station, said.

He said police have sent the bodies for post mortem.

“We have not arrested anyone because our investigation is at the initial stage. We suspected that the angry mob killed Tufan but till now we have not got any evidence against anyone. We get to know that Tufan was a mental patient and an alcoholic. He first attacked Lal Bahadur with sharp weapon after the heated argument,” the officer said.

On August 17, body of a 21-year-old Adivasi girl was found by the workers at Barbaruah tea estate in Dibrugarh.

Family members and locals alleged that the girl was raped before she was murdered. The victim used to work as a domestic help in the staff quarters at the Brahmaputra Cracker and Polymer Limited (BCPL) township.

On August 20, Dimbeshwar Murah allegedly killed his wife and one and half-year –old son at Barbaruah. Later, police arrested him.

“We have organised awareness against liquor consumption at the tea garden. With the help of tea management and local leaders we launched drive against illegal liquor in the tea garden areas,” said an official of the excise department.