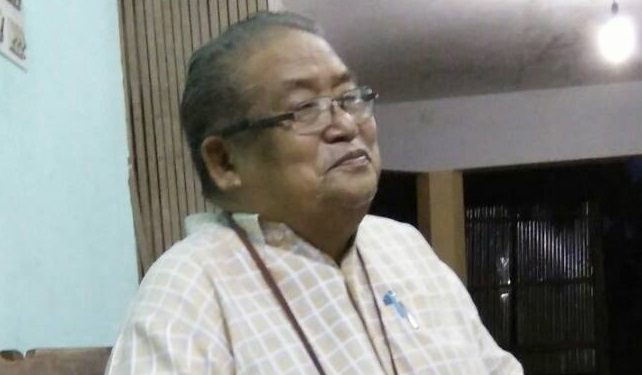 Reang breathed his last on Friday night at around 11:40 PM at the ILS Hospital.

He was 79 years old at the time of his demise.

He was taken to the hospital at night after he complained of health problems.

Around 40 minutes later, the doctor pronounced him dead.

He was a member of the CPI (M) Tripura State Secretariat.

At one time he was also a member of the party’s central committee.

Due to his ill health he took leave from both the post.

But on the time of his death he was invitee member of the CPI (M) State Committee.

The life of his parliamentary politics is almost 47 years long.

He started his political life from Congress.

He became an MLA in the year 1967 from Congress party.

Later he joined the CPI (M).

He became MLA for several times from CPI (M).

After the Left Front came to power in 1978, he became the minister of agriculture of first Left Front government in Tripura.

He served as a minister in Tripura for almost a year.

But there were also allegations from the oppositionthat he was not vocal enough in the Parliament.

He was one of the few who gave shape to the Forest Rights Act during UPA-I government to give the tribal people their due right on the forest land.

A dear leader of the masses, a great athlete during his student life, a renowned hunter and a person with an ever cheerful face, Reang was loved and respected across the State.

Badal Chowdhury, Jitendra Chowdhury, Sudhan Das and others rushed to the ILS hospital night after hearing the news of his death.