Tripura to increase TTAADC seats to 50 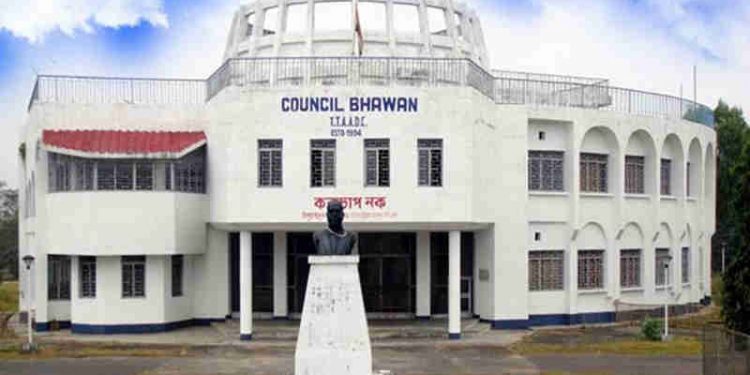 The Tripura Assembly has unanimously passed a resolution to increase the number of seats in the Tripura Tribal Areas Autonomous District Council (TTAADC) from 30 to 50.

BJP MLA Arun Chandra Bhowmick on Friday moved a private members resolution that the state government take an initiative to increase the number of seats in the TTAADC in public interest.

Out of 50 seats, 44 public representatives will be elected and 6 will be nominated by the government from different indigenous tribal communities.

Tribal Welfare minister Mebar Kumar Jamatiya on Friday said in the assembly that the resolution is important because in the last 35 years no initiative was taken to elevate the status of the tribal council.

The Tripura government on November 15 last year had decided to elevate the status of the TTAADC into a ‘Territorial Council’ to provide more autonomy and financial grants to it.

At present the TTAADC has 30 seats out of which two are nominated by the government.

The TTAADC comprises two-third of Tripura’s territory and is home to the tribals who constitute a third of the state’s estimated 40 lakh population.

Later it was upgraded under the provision of the 6th schedule of the Constitution by the 49th constitution (Amendment) Act, 1984 with effect from April 1, 1985.