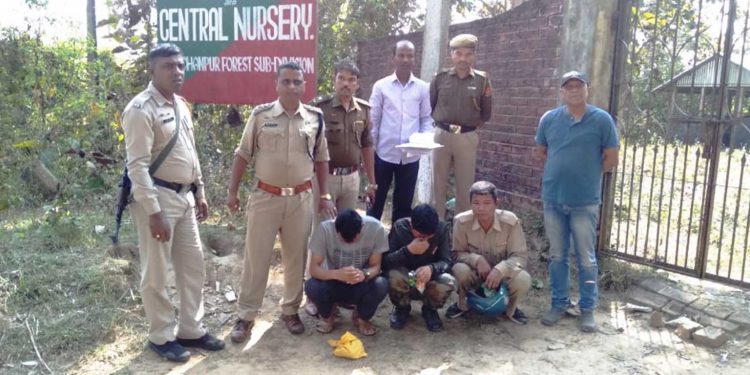 Tripura police on Thursday arrested three security personnel and seized drugs worth of Rs 1 lakh from their possession from Kanchanpur area of the state.

Among the three security personnel, one was employed as a PSO of Tripura’s social welfare minister Santana Chakma.

Speaking to Northeast Now, Sukla said that he had information about the involvement of the security personnel in the illegal drug business.

“I had information that three security personnel were carrying out an illegal drugs trade from the nursery. And today we raided the nursery and caught them red-handed,” Sukla said.

The arrested persons have been identified as Dilip Chakma, Norottam Chakma, and Sanjib Chakma.

Police constable Norottam Chakma works at the Kanchanpur Court and Sanjib Chakma is a rifleman at TSR 8th Battalion.