While the BJP is all out to topple the red bastion and make the lotus bloom in Tripura, drug cartels have transformed the tiny state of the Northeast as the new hub of contraband ganja production and smuggling.

Enforcement agencies, engaged in preventive operations in the region found a new trend of ganja smuggling from the Northeast. So far, Manipur was the main producers of ganja, and consignments of dried and compressed blocks were regularly being transshipped to Bihar and Uttar Pradesh.

Although ganja is listed among contraband substances, it is cultivated openly and extensively in some of the hill areas of Manipur. The hill ranges between Mahadev and Sirarakhong in Ukhrul district is one of the largest ganja producing areas of the Northeast. 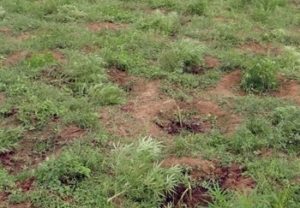 Well established Manipur ganja smuggling cartels operate from Dimapur in Nagaland and the nearby areas of Karbi Anglong. The drug is in high demand in Bihar and Uttar Pradesh. But, because of stringent enforcement during the last couple of years, the smugglers have now found Tripura as new hub.

“Suddenly it has come to our notice that ganja consignments were originating from Tripura,” a senior official of the Directorate of Revenue Intelligence (DRI) told NE NOW. The DRI is working in close coordination with Customs (Preventive) to intercept and smash the smuggling cartel operating from Tripura.

About 583.7 kg of dry cannabis (ganja) was seized and two persons were arrested on December 23 at Badarpurghat in Karimganj district of South Assam. The DRI from Silchar was assisted by the Border Security Force (BSF) jawans to intercept the truck carrying the contraband. 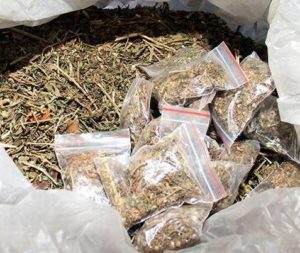 Altogether 58 packets of dry and compressed ganja were recovered from the truck. The driver and the handyman of the truck — Narayan Chandra Sarkar and Kalidas Munda, both hailing from Agartala — were arrested and the truck was also seized.

From prima facie investigations and interrogation of the driver and the handyman, it has come to fore that the contraband was coming from Agartala and was bound for Shillong. “A part of the cartel operates from Shillong,” the DRI officials said.

The December 23 seizure of ganja was the third consignment (from Tripura) to be confiscated during the last four months. In September, the Silchar unit of DRI had recovered 1,413.6 kg dry cannabis (ganja) at Kathigora in Cachar district. The consignment from Tripura was bound for Bihar.

In August, the DRI had seized another consignment of 841 kg ganja (from Tripura) at Berhampore in Murshidabad district of West Bengal. The consignment was bound for Kolkata, the officials said, claiming that the Tripura network also has its end-users in Siliguri and South Bengal towns and cities.

Interestingly, investigations carried out by the DRI and Customs (Preventive) have revealed that all the three consignments of ganja seized during the last four months, originated from Bishalgarh in Sepahijala district of Tripura.

As the entire Sepahijala area is covered with thick vegetation and rubber plantation, the ganja smugglers have invested on the local villagers to grow cannabis deep inside the jungles, and remain unnoticed.

“Most probably the cartel has been running the business for more than a year. But, it came to our notice only after the first seizure in August in Murshidabad district,” one of the DRI officials said, adding that some of the smugglers, who were engaged in Phensedyl cough syrup smuggling to Bangladesh constitute important part of the network.

The new Tripura operations of the ganja smuggling network have twin advantages for the smugglers. A large portion of the produce is smuggled to Bangladesh as there is huge demand of the contraband. Secondly, as the network is fresh, probability of interceptions by the enforcement agencies will be relatively less.

A team of DRI officials are already in touch with the officials of the Rubber Board and the District administration of Sepahijala to initiate immediate steps on ground to destroy the ganja cultivation in the area.