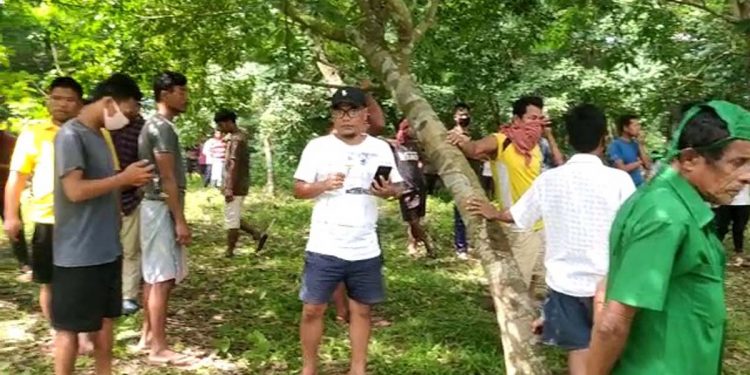 The body of a Tripura States Rifles (TSR) jawan, who had escaped from a quarantine centre, was found hanging from a tree in a rubber plantation at Tarapada village under Bisramganj police station under Sipahijala district on Friday.

The body has been identified as that of Swapon Tripura, who was a constable engaged in the 11th  Battalion of Tripura States Rifles.

“He fled away from a departmental quarantine centre a few days back and today his body was found hanging,” said Sepahijala superintendent of police Krishnendu Chakraborty.

An eyewitness said, “I saw a naked body of a young man hanging from a tree while I was going to collect latex from my rubber plantation in the morning today.”

The local said without wasting time, he informed the Bisramganj police regarding the incident.

“On being informed a team of Bisramganj police station rushed to the spot and recovered the body,” the eyewitness from Tarapada village said.

Panna Lal Sen, officer-in-charge of Bisramgunj police station said, “Police have recovered the body and registered a case. An investigation will be started soon.”

Without revealing anything whether it was a case of suicide, Sen said only after investigation, everything will be clear regarding the suicide.

Superintendent of police Chakraborty said, “The TSR constable remained absent in his duty without leave. but after his return, he was put under quarantine at Pathaliaghat on May 14.”

“But he also fled from the quarantine centre and remained absconding and today his body was found, investigation is going on,” the district police chief added.