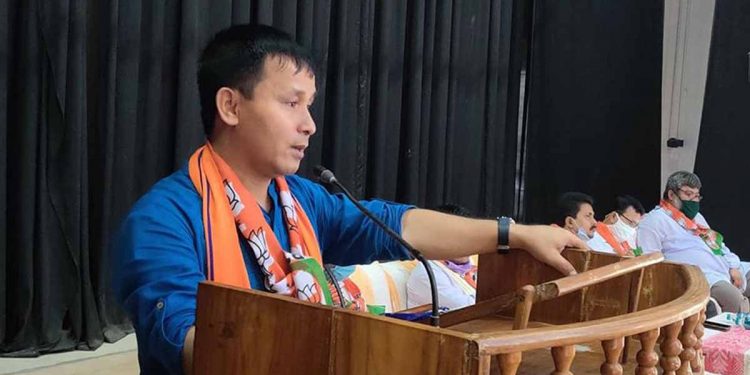 The clashes between BJP and its alliance IPFT in Tripura are worsening day by day and the series of violence between the two partners continues to escalate.

East Tripura MP Rebati Tripura was attacked near a tribal hamlet of Tulashikhar in Khowai district on Tuesday afternoon, even though the BJP has decided to maintain silence over the matter.

The MP was rescued by the Khowai District Police Superintendent and a case has been filed with Champahaor police station.

Sources informed that the BJP MP along with some other party leaders including MLAs Rampad Jamatia and Pinaki Das Chowdhury went to Tulashikhar on Tuesday to attend a party program.

A group of IPFT supporters suddenly attacked the MPs and the MLAs by hurling bricks, apart from attacking them with sharp weapons.

A BJP activist accompanying the MP and MLAs said that they were able to return from the place due to the efforts of the police.

Police, however, have not arrested anyone in connection with the incident.

Meanwhile, IPFT assistant general secretary Mangal Debbarma told that an IPFT office was set ablaze by the BJP supporters at Tulashikhar on Monday and also attacked a few worker of the party.

MP Rebati Tripura is the president of BJP ST Morcha.