TIPRA and INPT had fought the recently concluded TTAADC elections as allies. 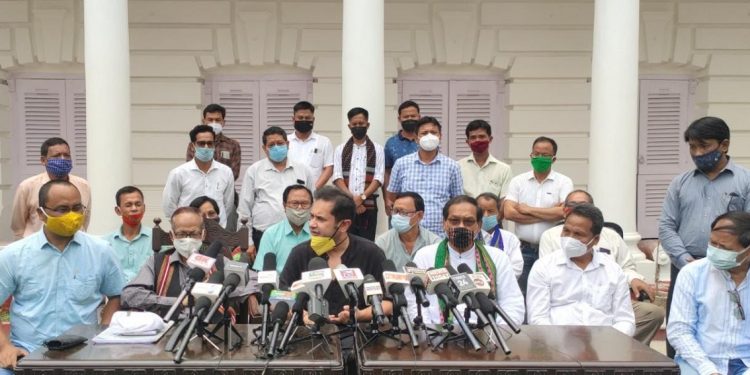 This was announced by INPT chief BK Hrangkhawl and Pradyot Deb Barman in a joint press conference at the Ujjayanta Palace in Agartala on Thursday.

“It was for the welfare and the cause of Greater Tipraland, that both the parties joined hands and became one,” said TIPRA chairman Pradyot Deb Barman. 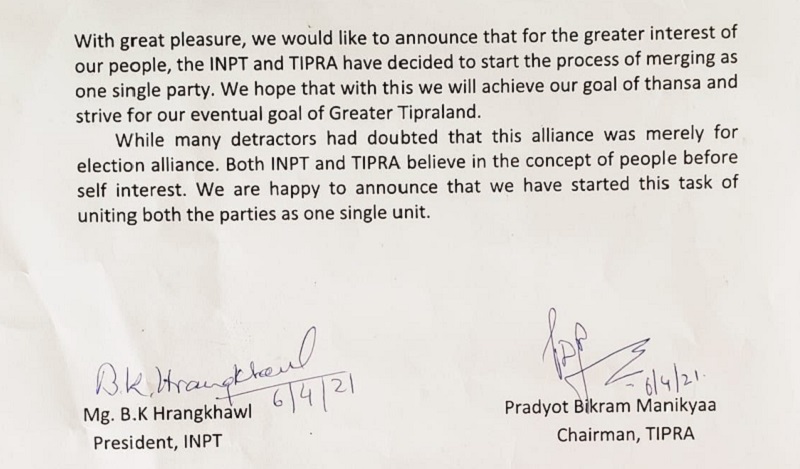 (This is a breaking news)