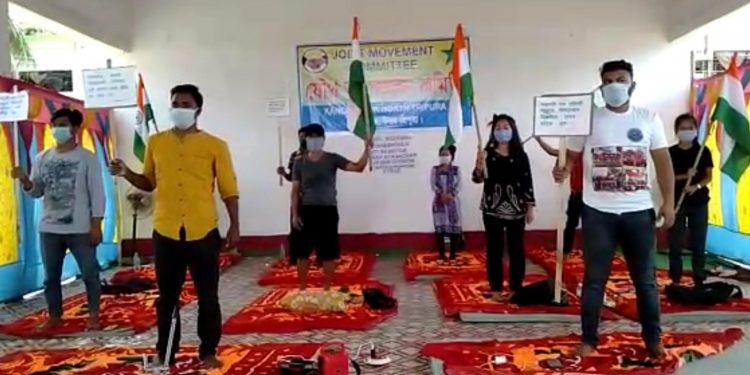 The strike has been called protesting against the Tripura government’s decision to settle displaced Bru people in the Kanchanpur subdivision without taking the locals into consideration.

The Bru people fled from their native villages in Mizoram in 1997 after an ethnic clash and took refuge in six relief camps in North Tripura.

However, incidences of Bru people being involved in several anti-social activities have earned a bad name for them.

During the anti-CAA movement in December 2019, Bru inhabitants of relief camps were allegedly involved in violence and ransacking shops in Anandabazar and adjoining areas.

Several Bengali speaking families fled from their homes and took shelter in local Police Station due to violence.

In this backdrop, an agreement was signed in presence of Union Home Minister Amit Shah in a multi-party meeting which allowed re-settlement of Bru people in Tripura as citizens of Tripura.

However, both the Nagarik Manch and local Mizo people of Jampui Hill remained defiant and said there would be no resettlement of Bru in Kanchanpur sub-division and near Jampui hill.