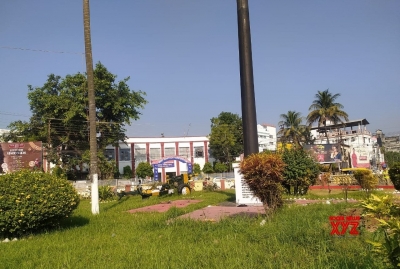 Several scholars and social organisations of India and Bangladesh have condemned the Tripura governments “demolition” of the memorials of the 1971 Bangladesh liberation war in Agartala.

A joint statement of 20 leading Bangladeshi intellectuals said that the 1971 Bangladesh liberation war memorials at the Post Office Chowmuhani in the heart of Agartala are historic reminiscent of the liberation war and the new generations can learn about the bloody battle after witnessing the commemorative war armours, a battle tank and big guns.

“These memorials are the testimony of the sacrifice of the warriors of India and Bangladesh,” said the statement.

The Tripura Sanskriti Samannay Kendra (TSSK) has also condemned the Tripura government for the “demolition” of the 1971 war memorials.

TSSK General Secretary Bibhu Bhattacharjee said that the Post Office Chowmuhani was the central point of the liberation war and almost regularly various performances and cultural events were staged there during the nine-month-long battle as a mark of solidarity to the martyrs and soldiers and that’s why the significant war memorials were placed at the popular central point.

The TSSK and various other organisations have also demanded to retune of the memorials at the Post Office Chowmuhani.