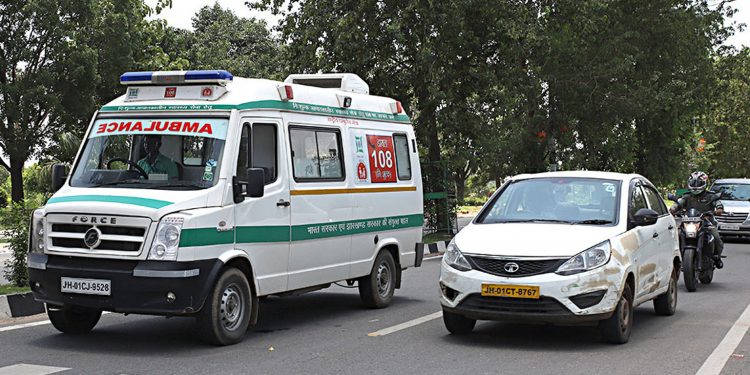 Two families from Tripura, who went to Chennai for medical treatment, reached the state late on Sunday night after travelling for five days in an ambulance.

A government official informed that two families had gone to Chennai for a routine medical check-up of one of the members who had undergone a brain tumour surgery on September 16, 2019.

“The check-up scheduled on March 23 at Apollo Hospital, Chennai and they had booked their return tickets for March 27,” the official informed.

“However, their return plans ran into troubled waters with the declaration of nationwide lockdown on March 24,” the official added.

“They were hopeful that they would be able to return once the lockdown got over on April 14. But when it was extended till May 3, the families decided to try their luck and return home,” the official added.

“Finding no way out, they decided to hire the ambulance and they began their journey back home from April 15,” the official further said.

“They reached Agartala late on Sunday night and after taking the necessary permissions from the West Tripura District Magistrate, they headed towards their respective homes in Udaipur in Gomati district,” the official added.

They are now placed under home quarantine for 14 days in Udaipur.

The ambulance charged them Rs 1.4 lakh for the entire journey.