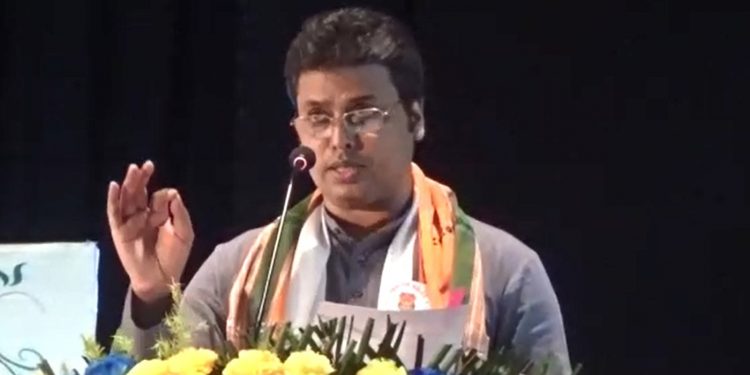 Referring to the line ‘She who fought like man was the Queen of Jhansi’ from the popular poem Jhansi Ki Rani penned by eminent Hindi poet Subadhra Kumari Chauhan, Deb stated on Twitter that Rsni Lakshmibai will remain a source of inspiration for ages.

‘She who fought like man was the Queen of Jhansi’. Salutations to the great warrior Rani Lakshmibai on the occasion of her birth anniversary. Her heroism in fighting against the British will be remembered for ages and she will continue to be a beacon of inspiration for many people.’

Born on November 19, 1828, as Manikarnika Tambe to a Marathi Brahmin family in Varanasi, Rani Lakshmibai learnt shooting, horsemanship, fencing along with her childhood friends Nana Sahib and Tantia Tope.

One of the leading figures of the Indian Rebellion of 1857, Rani Lakshmibai contrasted many of the patriarchal customs prevalent in those days.

After the Doctrine of Lapse was passed by Lord Dalhousie which prevented her adopted son Damodar Rao to ascend the throne of Jhansi, Rani Lakshmibai refused to surrender her kingdom to British and continued to fight till her last breath.