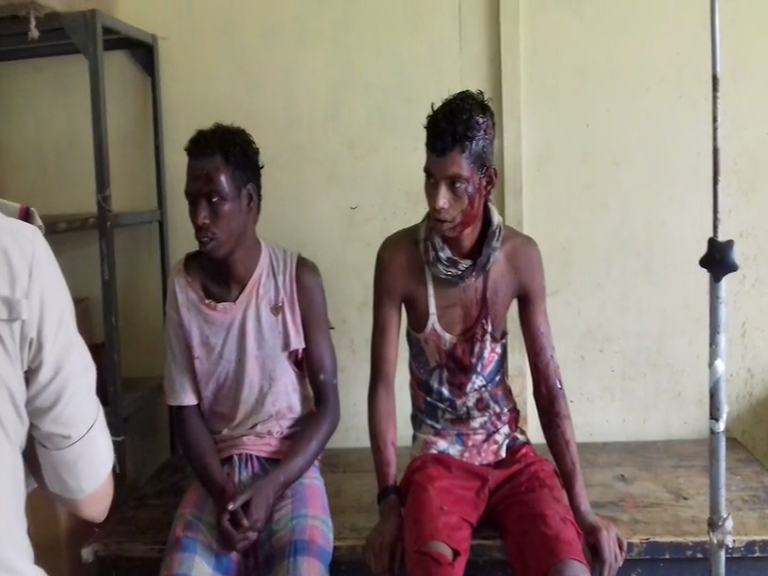 Allegations of yet another incident of ‘mob lynching‘ proving the ‘lawless’ in the state of Tripura has been brought by the opposition Communist Party of India-Marxist (CPI-M) following four labourers who were badly beaten up by an angry mob after the brick carrying lorry, in which they were moving towards a construction site, had a head-on collision killing a biker on the spot.

The incident took place in Tulasikar area under Khowai district on Wednesday.

Locals had also burned the lorry in front of security forces after the accident.

The driver along with the labourers, most of them from outside the State, tired to take shelter inside a nearby Tripura State Rifles (TSR) camp but could not be saved.

CPI-M spokesperson Gautam Das viewing that accidents are rampant, but the manner in which four labourers from Bihar were mercilessly beaten up by locals inside a Tripura State Rifles camp where they took shelter proves yet another incident of mob lynching and lawlessness in the State.

However, the ruling Bharatiya Janata Party (BJP) denied the allegations and viewed that the police is investigating the incident.

BJP general secretary Rajib Bhattacharjee said that facts shall come out only after the police investigation is over but the CPI-M has no moral ground to bring any allegations of mob lynching under the BJP-IPFT rule as during the previous 25 years tenure of Left Front rule in Tripura no one could raise their voice and whoever dared to do so went missing.

Bhattacharjee also alleged that in two recent incidents on sensational murders including one of mob lynching that took place in the State, but surprisingly all those who have been arrested in connection to these incidents are known CPI-M cadres.

Meanwhile, K V Sreejesh, IGP (Law and Order) of Tripura denying the allegations brought by the opposition of yet another incident of ‘mob lynching’ viewed it as an ‘immediate reaction’ of local villagers after the fatal accident.

Recently after the new BJP-IPFT government was formed in Tripura six months back, two incidents of mob lynching took place in which two persons died while several others were injured.