CPI-M took out a rally at Udaipur in Gomoti district in protest against CAA, NRC 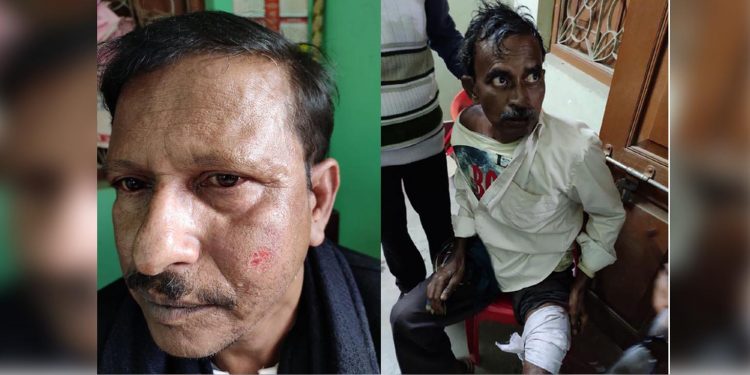 At least 40 CPI-M activists were injured on Tuesday when they were attacked by BJP workers during an anti-Citizenship Amendment Act (CAA) rally at Udaipur in Tripura.

On Tuesday, the CPI-M took out a rally at Udaipur in Gomoti district in protest against the CAA, National Register of Citizens (NRC) and the economic policy of the central government.

The supporters of CPI-M said they had developed resistance despite being attacked.

“The attackers were BJP workers,” the CPI-M activists said.

During the rally, the CPI-M also raised voice against the privatization policy of the BJP-led NDA government at the Centre and various other policies that are affecting the lives of the people.

MLA Ratan Bhowmik said a letter was sent to the police seeking permission for the procession on December 23.

“But from the police, it was informed that the CM would go to Udaipur on December 23 so no procession can be carried out on that date,” said Bhowmik.

Bhowmik also informed that they agreed with the police and called for a procession on Tuesday (December 24) instead of December 23.

MLA Bhowmik further said the procession started from the CPI-M party office at around 11 am on Tuesday.

He said, “But the procession was blockade by some BJP supporters at New Town Road.”

In front of the CPI-M’s procession, a few BJP people sat on the street and shouted slogans.

They chanted slogans in favour of the CAA and NRC.

“The procession had to be halted for a while. The police remained silent,” alleged Bhowmik.

After a while, the CPI-M protestors also moved forward to respond to the obstacle.

They proceeded with the procession despite resistance which led to a clash between both sides in Udaipur town.

Ratan Bhowmik said after the procession a meeting was held at Jamtala.

“When the president was addressing the gathering at the end of the meeting, there were attacks from three sides,” Bhowmik said adding that the BJP workers attacked the CPI-M activists with sticks, poles, and bricks.

“In the attack, CPI-M leaders including Ratan Bhowmik, Madhav Saha, Manik Biswas were injured. In the attack, a government bodyguard of MLA Ratan Bhowmik received severe injuries in his arm. Those who came to the meeting were attacked in various places in Udaipur town,” said sources.

“About 40 CPI-M activists were injured in the attack,” sources added.

But the BJP leaders denied the allegations leveled by the CPI-M and termed it as “baseless”.

“There was no attack on the CP-M rally on Tuesday,” the BJP said.

They countered that the CPI-M activists attacked BJP supporters during the rally on Tuesday at Udaipur.