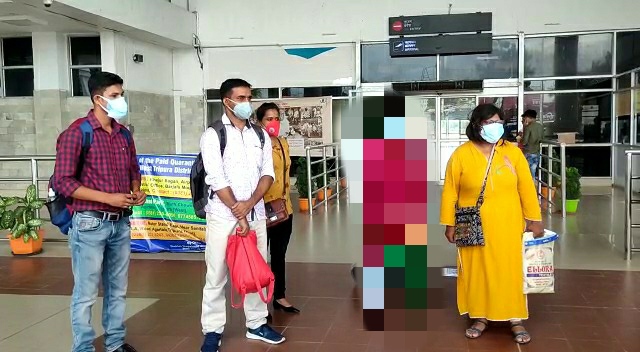 The trafficked minor girl was on Wednesday brought back to Tripura.

A four-member government team went to Rajasthan to bring her back.

The 14-year-old girl was trafficked from Tripura to Silchar, from there to Delhi, and from Delhi to Rajasthan.

In between, she was sold twice.

Nilima Ghosh, chairperson of Tripura Commission for Child Right Protection said the girl was trafficked around four months back.

Also read: Minor Tripura girl trafficked to Rajasthan to be brought back

Her mother is very poor and she gave her daughter to a neighbour for her marriage.

That man sold her.

Then one day she ran away from her in-law’s house.

The man who claimed that he married that minor girl told to police his wife was missing.

He claimed she married the girl.

The girl was kept in a home because she refused to go with him.

Later, the SDM of Jhunjhunu in Rajasthan directed to re-investigate the matter.

The matter reached the National Commission for the Protection of Child Rights.

The Tripura High Court after getting inputs from media took a self-motivated public interest litigation.

The court took up the matter on June 18.

The court took steps to return the girl to her family.

On June 19, the matter came before the court again.

Then it was known that the girl was ill.

She was COVID-19 positive.

On July 6, the matter came up again in court.

The court said the minor should be brought back to Tripura.

The girl has been separated from the family in unfortunate circumstances, the court maintained.

Within a few months of separation from the family, the minor became pregnant, and an abortion was performed.

The last time the matter came to court was on Monday last.

It is learned that two accused in the case have been arrested in Rajasthan and are now in jail.