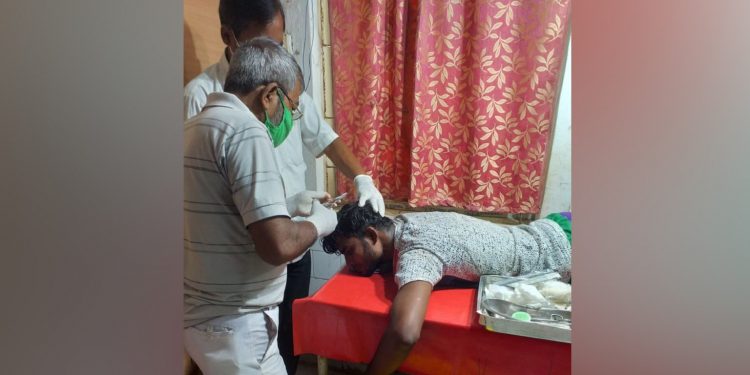 An injured person being treated by doctors. Image: Northeast Now

Four persons were injured in Tripura when hooligans attacked a blood donation camp at South Sonaimuri of Belonia subdivision, in South Tripura District on Sunday morning.

“The camp was attacked by BJP goons at around 10 am today,” alleged former DYFI state secretary Tapas Datta.

“They vandalised the blood donation camp and attacked the SFI and DYFI members with rods and sticks,” he further added.

“The health officials were also stopped mid-way and they were not allowed to reach the camp,” Datta further said.

“The blood donation camp had to be cancelled due to this,” he added.

He further alleged police of taking no action against the attackers.

Former Chief Minister Manik Sarkar condemned the incident and alleged that BJP was attacking its members as they are losing their base and are frustrated.