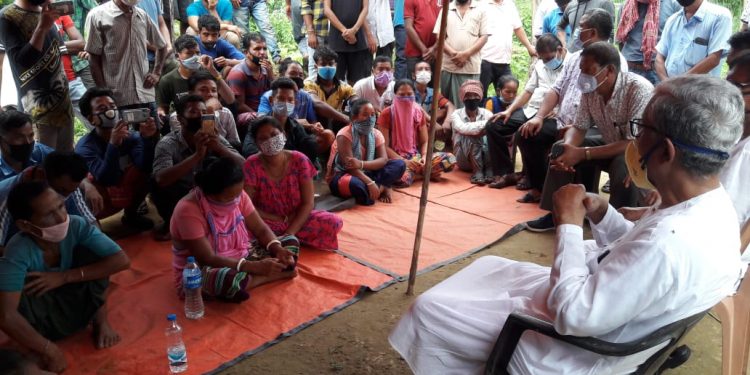 The leader of the opposition and former Tripura chief minister Manik Sarkar has sent a letter to his successor Biplab Deb demanding judicial inquiry for all the custodial death which has happened in the State recently.

Manik Sarkar also demanded one government job for those families who have lost their member due to custodial death.

It is notable that, since last October till date, four custodial death were reported in Tripura.

Manik Sarkar in his letter addressed to the chief minister expressed his pain and anguish over the series of custodial deaths in the State.

He also demanded action against persons responsible for such deaths.

He said that on October 31 last year a person identified as Mangal Das had died unnaturally in R KPur police lock-up in Udaipur town.

This was followed by the unnatural death of a person known as Sushanta Ghosh in the lock-up of West Agartala police station on January 12 this year.

Then on January 28, an under-trial Sandip Sarkar died unnaturally in Central Jail (corrective centre) of the State.

In the last such incident in Amarpur jail on June 17, Sajaio Mog, a tribal civilian of Shilacherri of Gomoti district died under mysterious conditions.

Sarkar also visited the house of Sajaio Mog after the incident.

Sarkar raised four specific demands which include a judicial inquiry into custodial deaths, a suitable government job for the next of kin of dead Sajaio Mog, government jobs for the family members of three other persons who died in custody and regular visit to jails by higher police officials to keep a tab on what is happening as well as to protect human rights in an appropriate manner.