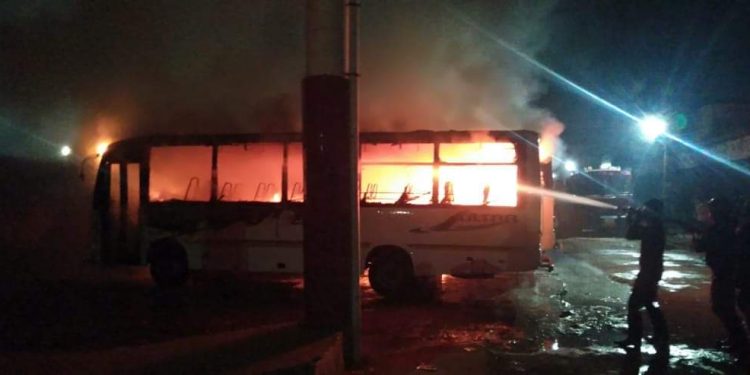 A devastating fire broke out at Rajarbag motor stand of Udaipur, 50 kilometres from Tripura capital Agartala on Tuesday night.

At that time 20 buses were parked in the stand.

Among these seven buses completely gutted in the inferno.

The cause of the fire is still to be ascertained.

However, some labourers and bus owners claimed soe miscreants had set fire on the buses.

When the locals witnessed the inferno, they first tried to douse it.

Later they called the fire brigade personnel who took control of the blaze.

It took around five hours for the fire tenders to douse the fire.

Meanwhile, the damages are still to be ascertained.