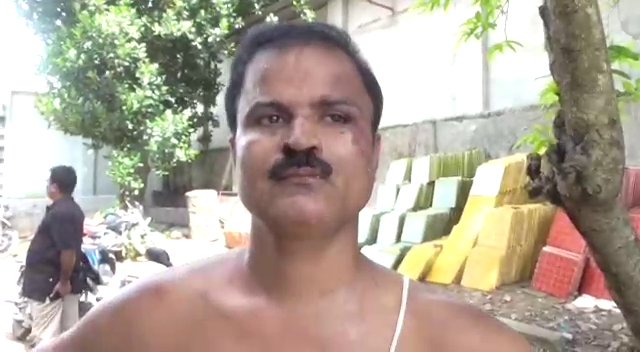 Former state BJP spokesperson Prasenjit Chakraborty was allegedly attacked by the supporters of the saffron party in his house in Agartala on Friday.

Chakraborty came under attack hours after he had slammed chief minister Biplab Kumar Deb in a Facebook live programme and announced that he will form a new political party.

Locals said a group of people had come to his house at Milanchakra area in Agartala and thrashed him badly.

The group also vandalized his house and damaged furniture and a TV set.

While trying to save him, Prasenjit’s ailing elder brother Prabir Chakraborty, 55, an astrologer and priest, also sustained injuries.

He subsequently suffered a mild stroke and has been rushed to TMC Hospital in Hapania area.

Chakraborty alleged the group also looted his mobile, a laptop and other goods from his house.

Earlier also his house was attacked by miscreants.