Tripura to hire cardio specialist doctors from outside 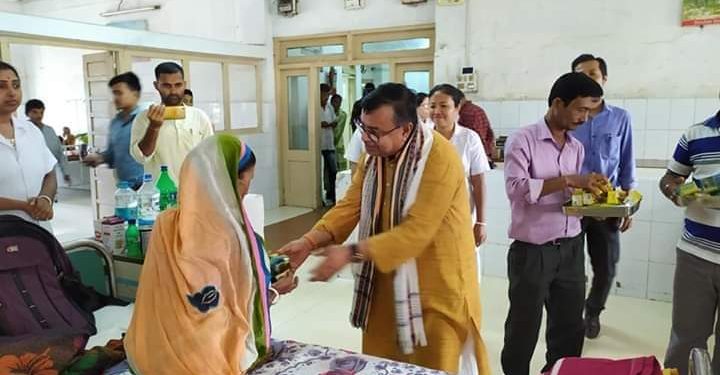 The Tripura government has decided to hire 12 cardio specialists from outside the State.

He said the health department is planning to bring those doctors within this month.

He also said, “If everything goes in right direction and plan-wise then all kinds of heart surgery will become possible in the State itself within September.”

“The 12 super specialists will be hired for 11 months on contractual basis,” the minister added.

“Eighty per cent of official work for this hiring has been completed till now and rest 20 per cent work is going on” the minister added.

The doctors will get Rs four lakh per month, the minister further informed.

He said, services of super specialty unit will be started this month which is now not functioning.

“Government is very keen to start the service within September,” he added.

Every year a good number of heart patients go outside Tripura for treatment purposes and thus a huge amount of money is lost from the State, Nath also said.

“The state government is planning to stop the drainage of money from Tripura,” he added.

According to minister, the government is thinking that the patients from Bangladesh who are going to other states of India for treatment purposes will also come to Agartala for heart treatment and Tripura will benefited from this.

Government is hoping that health tourism will get a boost here, he opined.