According to police, all the four persons arrested persons entered Tripura from neighbouring Assam 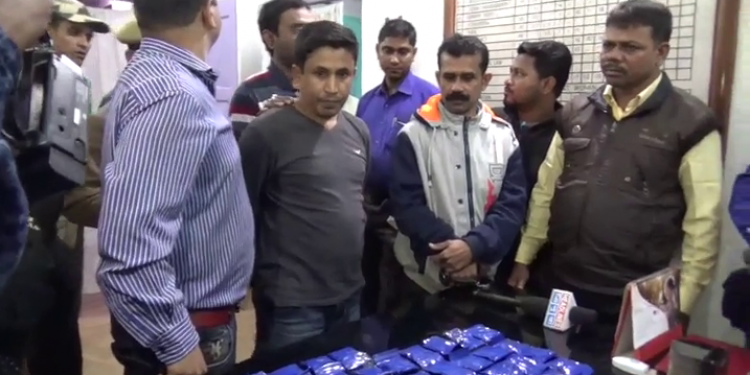 On the basis of information provided to Dhalai district police during interrogation of three persons, who were detained with a large quantity of cash in an unregistered car they were moving at Ambassa, the Churaibari police in North Tripura district on Tuesday arrested a gang of inter-state drug peddlers.

The police arrested the gang of drug peddlers with a huge quantity of Myanmar-made tablets used as drugs besides heroin, the total market price of which is around Rs 70,0000.

Bhanupada Chakraborty, Superintendent of Police, North Tripura district said, “Actually this morning at Ambassa, police detained one Bolero vehicle with cash amount of Rs 21,05,710. In the vehicle, some gold ornaments along with five mobile phones were found.”

he added, “Three persons were also detained. All of them are members of a drug racket. On the basis of the information that they had provided during interrogation, we started checking of vehicles and during checking, we detained a vehicle where we found 12,000 Yaba tablets and 36 gram of heroin. Moreover, we have arrested four persons under the NDPS Act besides seizing the vehicle.”

According to police, all the four persons entered Tripura from neighbouring Assam and the market value of the drugs is around Rs 70,0000.

In connection with the drugs peddling case, the North Tripura district police are planning to arrest the other three persons who were detained by the Dhalai district police at Ambassa in an unregistered vehicle with cash rupees and gold ornaments.