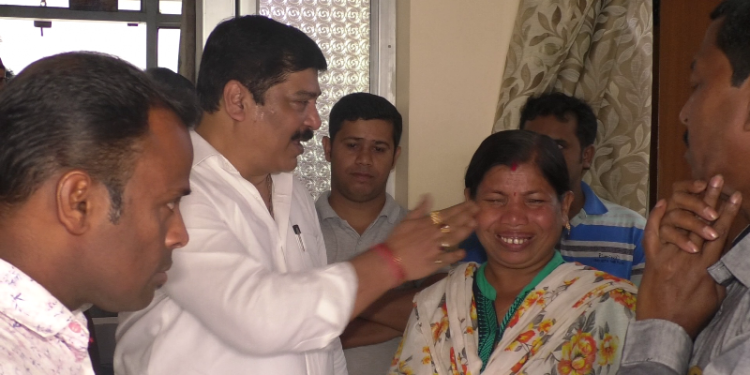 Tripura health and family welfare minister Sudip Roy Barman who has been removed from Biplab Kumar Deb-led ministry said that people of the state love him for his sincerity and honesty but he couldn’t make his chief minister happy by his performance.

Barman said that till noon on Saturday he did not receive any official communication about his removal though he had learned from media and social media that he has been dropped from the ministry.

He said, “The chief minister has every right whom to keep or drop, it is his prerogative and I don’t question his authority but I would like to make it a point that ever since I was entrusted with four departments – health, drinking water, sanitation, science and technology, and information technology, I sincerely strived hard to live up to the expectation of the people. I strived hard for delivering goods for the betterment of the people of the state and with full sincerity and honesty but probably I couldn’t make the chief minister happy.”

Roy Barman, however, thanked the people of the state for showing their love and faith on him for his performance.

It is assumed that on allegation of ‘anti-party activities’ Roy Barman has been removed from the ministry despite his performance as a minister, especially as the health and family welfare minister, was quite remarkable.

Reportedly, chief minister Deb has remained unhappy at the anti-party activities of Barman which he denies.

It was also reported that during the last Lok Sabha elections, Barman was not seen during campaigns. He also reportedly asked the voters to vote for ‘eligible candidates’ at which the top leaders of the BJP were not happy.

The sacking of the minister has come to light in an official notification issued by the chief secretary in-charge of Tripura, Kumar Alok on Friday night.

As per the notification, the portfolios held by Barman have been assigned to Chief Minister Deb and Deputy CM Jishnu Dev Varman.

In the same notification, deputy chief minister Jishnu Dev Varma has been given the portfolios of science, technology, and environment.

It has been mentioned in the notification that the new allocation of portfolios has been made by the Tripura governor Kaptan Singh Solanki as according to the advice of Tripura chief minister Biplab Kumar Deb.

Burman was one of the architects of the Bharatiya Janata Party (BJP) and Indigenous People’s Front of Tripura (IPFT) coalition government.

In 2016, seven pro-Barman Congress MLAs had quit the party to join Trinamool Congress who then joined the saffron party in 2017 and which played a vital role in the uprooting of the 25 years Left rule in Tripura.