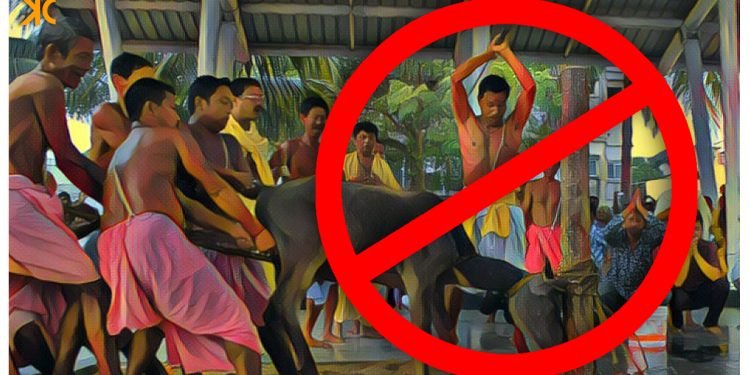 Tripura government is likely to file petition against the judgement of Tripura High Court banning animals sacrifice in religious places.

Officials of the State Government on Saturday informed that the government is mulling to move the Supreme Court against the judgment.

The Tripura High Court had on Friday in a landmark judgment banned the centuries-old practice of sacrificing animals at religious places in the State.

Tripura royal family leaders said that the High Court cannot overrule the provisions of the merger agreement which was signed on October 15, 1949 between regent Maharani Kanchan Prabha Devi and the Governor General of India.

A Division Bench of the High Court comprising Chief Justice Sanjay Karol and Justice Arindam Lodh banning the animals sacrifice in religious places in Tripura had stated, “No person including the State shall be allowed to sacrifice of any animal or bird within the precincts of any of the temples within the state of Tripura.”

Responding to a Public Interest Litigation (PIL) filed by former District Judge Subhash Bhattacharjee, the High Court directed the chief secretary, all district magistrates and superintendents of police to impose the ban.

People of all beliefs and faiths are likely to visit in large numbers the 518-years-old temple, one of 51 ‘peethas’ of Hindu centres of worship.

“Anyone of the devotees desirous of offering any animal out of personal faith, belief or desire, may do so, but, shall take back the animal and under no circumstance any activity of animal sacrifice shall be permitted to be carried out,” the court had stated.

The division bench of the High Court also asked the chief secretary to install CCTV cameras in the temples and keep a tab on the footage on monthly basis.

The Court was of the view that people are required to be sensitized on this issue by the government.

Meanwhile, animal rights activists have welcomed the ban on animal sacrifice saying, it would end centuries old cruelty to animals in the name of religion.