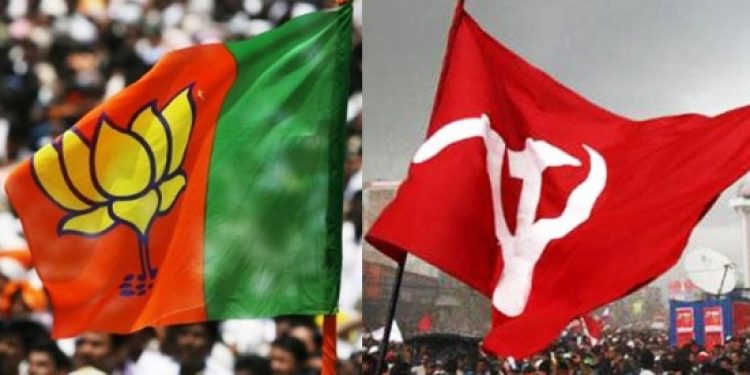 Later interacting with the media, the four former ministers and senior Communist Party of India-Marxist (CPI-M) leaders Badal Chaudhury, Jitendra Chaudhury, Tapan Chkaraborty and Manik Dey disclosed that the movement of CPI-M leaders, its legislators, parialmentarians are always under scanner of a section of BJP workers with an intention to foil any communication with the common people and the party workers.

The veteran leaders also alleged that the people who meet the party leaders or participate in any programme are being threatened afterwards.

In this context, the senior CPI-M leaders met the Chief Minister and requested him to look into the matter so that the Left party workers can feel free at their organizational works.

They also demanded the security of the opposition party leaders, their legislators and parliamentarians be strengthened and sitting MLAs, ex-ministers should be provided with escort vehicles during their movements.

They also submitted a list of 94 CPI-M offices, which were ransacked by ruling supporters or closed under threat.