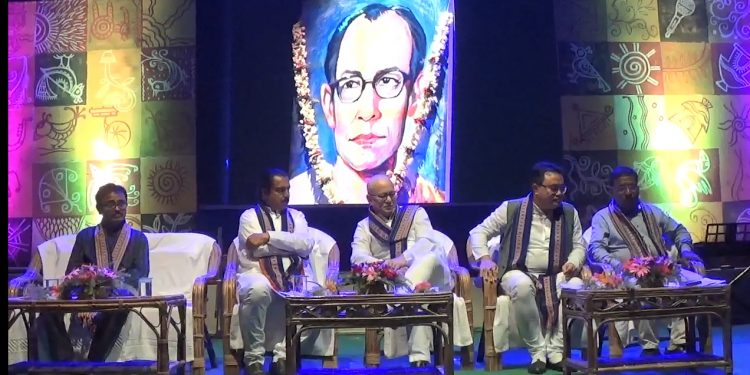 Sachin Dev Burman who is popularly known as ‘Sachin Karta’ was a legendary music director and singer.

In the evening, a cultural programme was organized at Rabindra Bhavan where deputy chief minister Jishnu Deb Barma was present.

The programme was organized by the state’s cultural department.

Besides this several programmes have been organized across the State by different organizations.

Sachin Karta was a royal scion of Tripura.

He said, “I was a school student and I was in Shilong at that time, when the film Aradhana was super hit. At that time Sachin Karta came to Shilong and we met with him. I called him dadu.”

Jishnu Deb Barma told, “Sachin Karta was the music director of film Aradhana and I know him. I was so much excited and I talked about it with my friends. It was a pride for me.”

It is also notable that deputy chief minister Jishnu Deb Barma is also a royal scion of Tripura.

The artistes of the State performed at Rabindra Bhavan in the cultural programme which was organized to celebrate the birth anniversary of Sachin Deb Barman.

S D Barman was born in 1906 in Cumilla, now in Bangladesh but earlier it was the part of princely Tripura.

His father was Nabadwipchandra Dev Burman and his mother was Raj Kumari Nirmala Devi, who was the royal princess of Manipur.

He was admitted to Kumar Boarding School in Agartala in Tripura.

Barman composed playbacks for over 100 films.