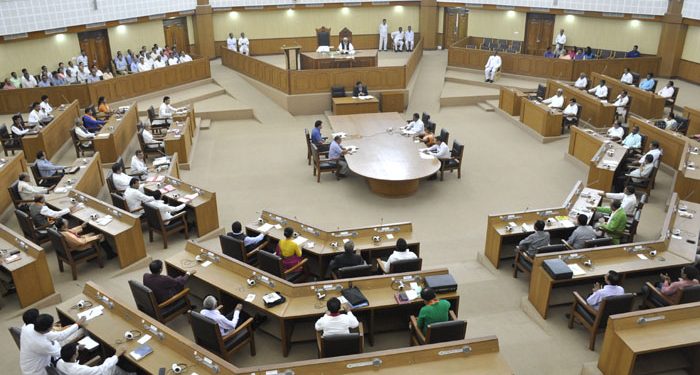 Tripura Assembly on Friday extended support to hold Lok Sabha election and state Assembly election together for ensuring speedy development of the country.

From Friday the monsoon session of Tripura Assembly has started.

Chief minister Biplab Kumar Deb also supported the resolution and which was later passed in the Assembly.

But the CPI-M strongly opposed the move.

Former chief minister Manik Sarkar said, “We are in a democracy. If one nation one election concept will be implemented then it will be harmful for our state-central relationship and it will destabilize the democratic right of citizen.”

He asked, if one government fall down in the middle of its tenure then what will happen it is not mentioned in the topic.

Manik Sarkar said, it happened earlier while all the state Assembly elections and Lok Sabha election took together but now the condition is different.

Now the country is going through a coalition government era.

He said, one practical line should be accepted.

Deb also said that it will also save the time.

Presenting Tripura as an example, the chief minister said, “In Tripura we have to conduct six elections in five years. It will take much time and lastly development work slowdown.”

It is notable that Modi government is thinking to go for practice of one nation one election because government spends huge amount of money, spends time and energy for conducting those elections.

The entire government machinery is deployed to conduct election and it affects development work.