The book has been co-authored by her coach Bishweshwar Nandi, Digvijay Singh Deo Vimal Mohan 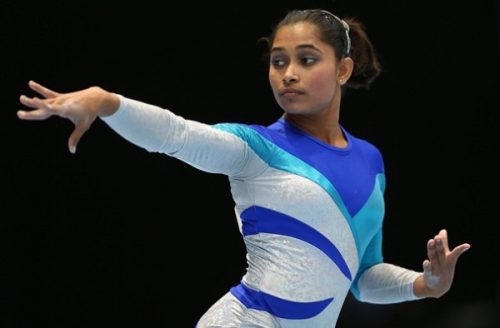 Star Tripura Gymnast Dipa Karmakar’s autobiography is all set to release on December 10.

She bagged the gold in the women’s vault event at the Artistic Gymnastics World Challenge Cup in Mersin in Turkey in July this year. Dipa Karmakar also represented India at the 2016 Summer Olympics in Rio de Janeiro and became the first Indian female gymnast ever to compete in the Olympics. She is also the recipient of Arjuna Khel Ratna Award.

The autobiography delves into how the star gymnast revolutionized the sport in the country.

The book has been co-authored by her coach Bishweshwar Nandi, Digvijay Singh Deo Vimal Mohan.

Bishweshwar Nandi is a recipient of the Dronacharya Award and is one of India’s most iconic coaches. A five-time National individual champion, Bishweshwar captained the Indian Gymnastics team on six occasions, including the 1982 Asian Games in New Delhi. He is the man behind Dipa’s tremendous success.

Author Vimal Mohan is the winner of the prestigious Ramnath Goenka Award (2012) and has dedicated himself to cover the Olympics and any other adventure or marginalized sport, over the last two decades, infusing his journalism with infectious passion and unstinted commitment for the benefit of each sport and its followers.

It is available to pre-order in Amazon.