Stuart Binny to play for Nagaland in domestic cricket circuit 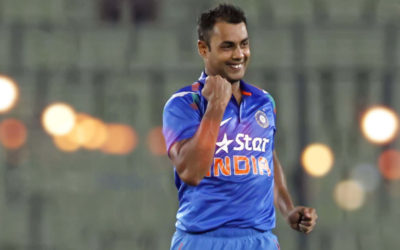 Indian all-rounder Stuart Binny will play for Nagaland in the upcoming domestic season.

Binny has been out of the international circuit for quite some time now.

The fast-bowling allrounder has already obtained a no-objection certificate from Karnataka, the team for which he was playing, to play for Nagaland.

According to reports, apart from Binny, Nagaland have also roped in Yogesh Takawale and Shrikant Mundhe as they look to make a mark in the country.

Nagaland are one of the least experienced teams in the country at the moment.

They competed in domestic cricket for the first time last year after the BCCI named them as one of the nine new sides that would compete in domestic tournaments for the 2018–19 season.

The first season did not go too badly for them as they finished the 2018–19 tournament seventh in the table, with two wins from their eight matches.

Nagaland will now be hoping to build on that promising maiden season.

With the likes of Binny, Takawale and Mundhe in their ranks, they have a chance to do well this time around.

All three out-stationed players are quite experienced and could help Nagaland reach newer heights.

Meanwhile, Binny is expected to join Nagaland’s pre-season camp at the Sovima Cricket Ground in Dimapur by September 10.